NEW DELHI: As per the Prevention of Money Laundering Act (PMLA), the Enforcement Directorate (ED) has attached immovable property worth Rs 16 crore in connection with a case against Mandeep Industries, Rajkot, an official said on Monday.

According to the official statement, the attachments consist of immovable properties such as Rajkot-located residential units and plots worth Rs 16 crore, factory land and buildings, and equipment and machinery in the form of plant and machinery.

On the basis of an FIR filed by the Central Bureau of Inquiry (CBI), Mumbai, the Enforcement Directorate launched the money laundering investigation. Investigations conducted under the PMLA found that Mandeep Industries had fraudulently defaulted on loan repayment to Union Bank of India, resulting in an unjustified loss to the bank of Rs 44.64 crore.

Accordingly, the ED launched an investigation, which showed that the claimed company had been using several loan options from the Union Bank of India while diverting the money to a number of fictional entities as well as the personal accounts of the firm's partners. A portion of the money that was misappropriated was also utilised to buy real estate.
Further investigation on the matter is going on. 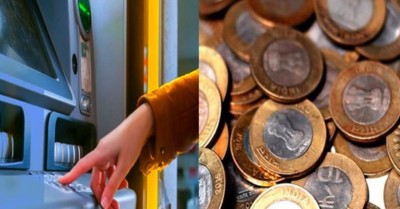