NEW DELHI: Delhi chief minister, Arvind Kejriwal, on Monday termed the proposed amendments to the Electricity Act as "hazardous" and urged the Central government not to move forward with them hastily, stating that they will mainly benefit a select group of power distribution firms.

Taking to Twitter, Chief Minister said the Electricity Amendment Bill 2022 will  increase suffering of the people as it will make problems associated with power supply and distribution more serious instead of addressing it.

On Monday, the Center presented the Electricity amendment bill to the Lok Sabha for discussion and approval.
" Today in Lok Sabha, the Electricity Amendment Bill is being brought for consideration. This law is very dangerous," Kejriwal remarked

"Instead of solving the electrical issue, this will make it worse. The pain of people will worsen. Only a few businesses will profit. I beg the Center not to introduce this (bill) quickly "he added.

The Electricty Act will be amended in order to remedy state electricity regulatory commissions' negligence in setting appropriate tariffs and allowing timely changes. In the event that distribution businesses fail to submit petitions, the Bill mandates that the authorities start tariff proceedings on their own. The Bill includes provisions for the expulsion of members of regulatory commissions in cases of deliberate disregard for the Act's requirements. 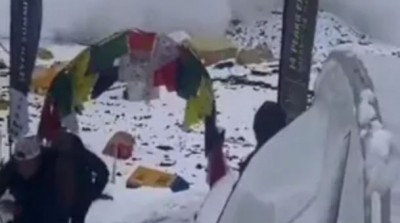