Amritsar: The Enforcement Directorate (ED) in Punjab has conducted raids at approx 10 places on Tuesday. The raid took place at the residence of relatives of CM Charanjit Singh Channi. The investigating agency conducted raids in Mohali, Ludhiana and Fatehgarh Sahib. So far total cash of Rs 7.9 crore has been recovered from the Mohali residence. A total of 9.9 crore rupees have been seized in Punjab so far.

ED raided a private apartment in Mohali. This raid lasted quite long. The apartment secretary said the operation began at 8 am. A team of CRPF has also arrived here along with the ED team. On the other hand, a house in Ludhiana was raided. At the same time, the ED also raided the house of Congress Sarpanch Randeep Singh in Buga Kalan village of Fatehgarh Sahib. The investigating agency team also did not let the Punjab Police in here. Congress Sarpanch in Fatehgarh Sahib is said to be special to Punjab Agriculture Minister Randeep Singh Kaka.

Meanwhile, the ED raid in Punjab has created a stir in the state. Punjab CM Charanjit Singh Channi said, "Similar raids took place when elections were held in West Bengal. Pressure is being exerted by conducting raids. Now that the elections have come, they have remembered the ED. We are ready to bear all these pressures. Every Congress worker is being tried to suppress.'' 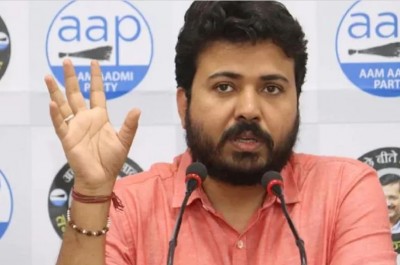