Mumbai: Amidst the political equations that are changing in Maharashtra, Shiv Sena MP Sanjay Raut's troubles are not taking the name of abating. The Enforcement Directorate (ED) has issued a second summons to Sanjay Raut and ordered him to appear before it on July 1. In fact, Sanjay Raut's side had sought an extension till July 7 to appear before the investigating agency, which has been rejected by the ED.

Let us know that Sanjay Raut is constantly targeting the BJP government at the Centre. He alleged that he is being avenged through agencies for speaking against the BJP government. Let us know that Raut is accused of money laundering in the name of the land, in connection with which the investigating agency has issued a summons to him to appear before it. On the other hand, the battle for government formation in Maharashtra reached Delhi from Guwahati. BJP leader Devendra Fadnavis has also become active. He has travelled from Mumbai to Delhi.

At the same time, Eknath Shinde, who has been camping in Guwahati for several days, came out of the hotel and claimed that he will soon come to Mumbai. Here, the Shiv Sena's difficulty is increasing. Apart from the threat looming large over the government, CM Uddhav Thackeray is also facing the challenge of saving the Shiv Sena. At the same time, the party's Rajya Sabha MP Sanjay Raut has been summoned by the ED for the second time. Rejecting his plea, the investigating agency had ordered him to appear before it on July 1. On behalf of MP Raut, relief was sought from the ED till July 7. However, his petition was rejected by the investigating agency. 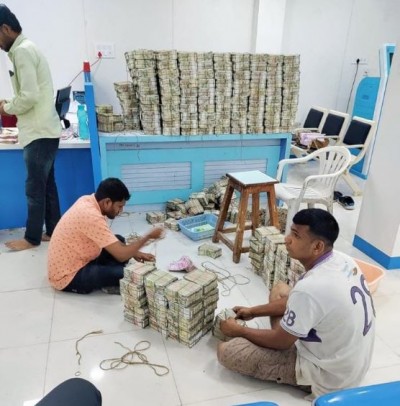