London: Former Yorkshire cricketer Azeem Rafiq, who has been in the news for hearing racist remarks from eminent England players, is once again in the news. This time the reasons are his own statements for which he has apologised after 10 years. He shared a post on Twitter saying he had made statements about Jews a decade ago. He apologizes for that today. According to him, after 10 years, he is a completely different person.

Azeem wrote, 'I was sent a picture of 2011 today. When I saw it, it was from my own account and It was I who posted it. I have no excuses. I am sorry about that. I have removed it now so that it does not cause any further damage. I was 19 at the time. I hope and believe that I am a different person today. I am very angry with myself and apologize to the entire Jewish community.' At the same time, I apologize to all those who have been hurt by it. It may be recalled that Azeem, who accused England players of racism, is in controversy over his old messages. In it, he has made statements about the Jews. People are sharing these messages fiercely and users are pasting that chat below the post they have shared to apologize. In which the Jewish can be seen clearly mentioned. 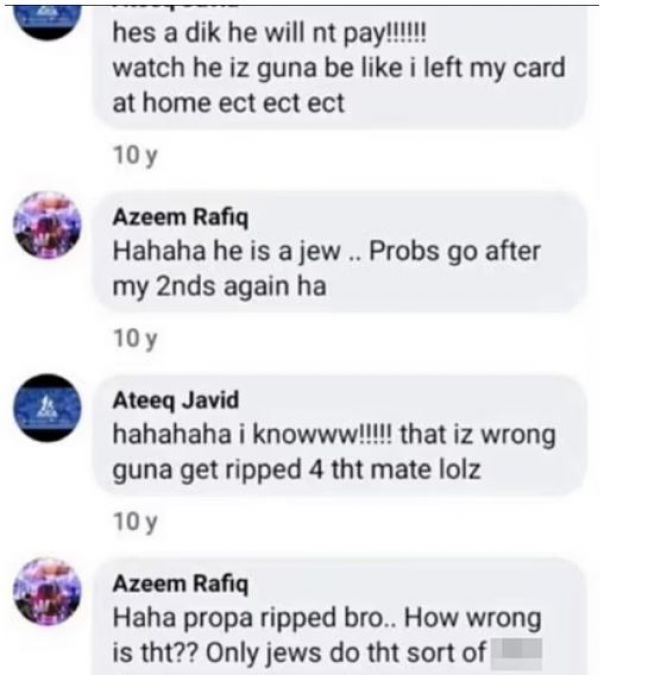 According to reports, 10 years ago, Azeem made remarks about Atif Sheikh (an Asian player). Azeem was accusing him of not paying the bill and saying that he was not paying the bill because he was a Jew. Speaking to Mail Online, Rafiq said, "I spoke to Atif today and apologized. I have already said that I am very ashamed in front of those who were hurt by this post. I have also apologized by talking to Atif over the phone. Azeem had accused former England captain Michael Vaughan of making racist and insensitive remarks.'' At the same time, Matthew Hoggard was accused by Rafiq of calling him 'Raffa the Kaffir' to 'Pigs' and 'Elephant washer.'