DOHA: In spite of his goal and impressive performance against Wales in the most recent Group B match, England midfielder Phil Foden acknowledged that things in Qatar might still be better for him.

Foden played just briefly in England's 6-2 victory against Iran and didn't play at all in their 0-0 tie with the United States, but he did help Jack Grealish of Manchester City score a goal.

He would be a popular option to start Sunday's last-16 match between England and Senegal, but the kid acknowledged his World Cup experience thus far has been a "mixed bag," as per reports.

Foden told the BBC that the World Cup has "ups and downs." "I am upset that I didn't start more games, but that is a requirement of the competition. I work well with others and I seize possibilities when they present themselves, he declared.

One of the reasons why playing time is so difficult to come by, according to Foden, is the depth of the England team.
There is fierce rivalry; (Bukayo) Saka performed admirably and scored in the opening game, and (Marcus) Rashford scored and played admirably against Wales.

It would be difficult for Gareth (Southgate) to choose the lineup for the next game since everyone is scoring and has made their case, he conceded.

Against Wales, Southgate rested players like Saka, Mason Mount, and Raheem Sterling; it will be interesting to watch if they do so again because any mistake might endanger the team's chances of making the World Cup.

Have a look at Ronaldo's luxurious 'WATCH' collection, prices will shock you 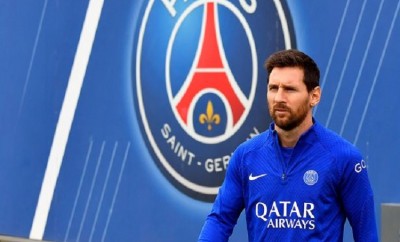