One of the top actresses of the 90s was nagma's name. This Hasina, who debuted with Salman Khan, was also crazy about Husn. Nagma did her first movie at the age of 16. Yes, your nagma had become that shining star of Bollywood whose success stories were heard all around. In 1990, she appeared in Baaghi (A Rebel for Love), the actress' fan following continued to grow overnight. The duo of Salman and Nagma also started getting a lot of love from the audience. In that period, millions of young people lost their hearts on the beauty of Nagma. In such a situation, we are going to introduce you to today's nagma in this report.

Nagma's eyes, Nagma's open and bouncy haired look have not yet gone out of the audience's mind. But away from the movies, what nagma looks like, we are going to introduce you to this thing. In fact, we talked about Such Nagma because nowadays a picture of hers has started going viral on social media. In the viral photo, Nagma is looking extremely beautiful wearing an orange saree. They are still making up today like their movies. Getting to see a lot of difference in the looks of Nagma before. He has also put on a little weight. But in beauty even today Nagma is second to none. 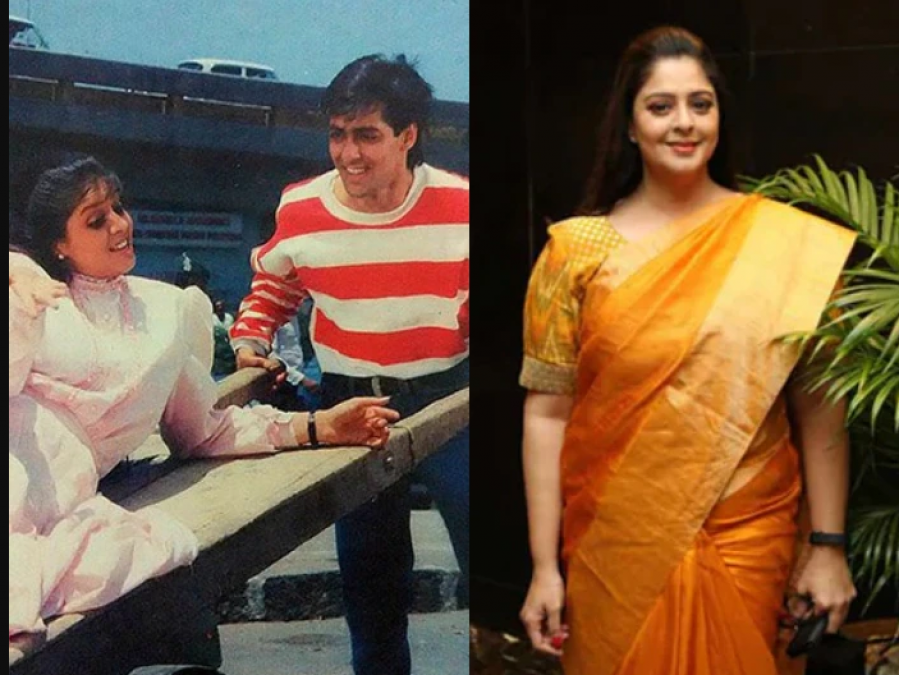 This Haseena, who debuted with Salman Khan, has made many hit movies in Bollywood to her name. In many hit movies like Sanam Bewafa, Suhag, Ek Rishta, Aapke Haath Watan Saathis, Bachelor, Police and Mujrim and King Uncle, Nagma has celebrated her acting iron. But despite being away from the screen for a long time, their beauty did not make the slightest difference. Even today, the ronak of Nagma's face is the same as it used to be a few years ago.