CHENNAI: V Krishnamurthy, a former leader of Maruti Udyog Ltd (now Maruti Suzuki) and the steel PSU SAIL, passed away on Sunday in Chennai at the age of 97.

“V Krishnamurthy passed away at his home in Chennai, his last rites will be performed on Monday” one of his former colleagues informed, as per SAIL statement.

From 1985 to 1990, V Krishnamurthy served as the chairman of SAIL. SAIL family deeply mourns the sad demise of Padma Vibhushan Dr. Venkataraman Krishnamurthy, former-Chairman, SAIL, on 26th June 2022," SAIL said in its statement.

R C Bhargava, the chairman of Maruti Suzuki India, praised Krishnamurthy as an exceptional leader and visionary, under whose direction the entire Maruti Udyog project was completed and a completely new Japanese work culture was adopted in India. Bhargava said that Krishnamurthy was "responsible for my moving from the civil services to the industry" on a personal level. Without him, I would have just worked in administration. 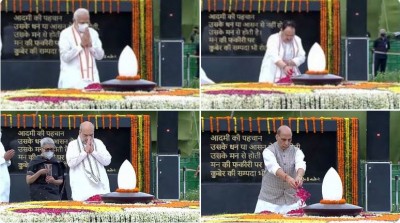