Beijing: India could be a desirable option for foreign investors as China becomes less attractive to foreign capital due to its persistent "zero COVID" policies and growing geopolitical concerns, according to Gavecal Research.

According to Tom Miller, senior Asia analyst and senior editor at Gavecal, India is a potential "bright spot" because it is outperforming other major economies, including China, and because its economy is projected to grow 6.5 percent for the ending fiscal year. has been predicted. in March. According to him, India's Gross Domestic Product (GDP) is likely to grow by 5% to 6% in the coming year as well.

Miller said during a webcast on Thursday that China is clearly facing difficulties. India sees this as an important opportunity for the nation.

"There is a huge opportunity for India to take some of that cash as China becomes less investable, and there are a number of reasons for that," he said. "Those emerging market flows have to go somewhere," he said.

Zero COVID regulations aimed at curbing the spread of the coronavirus pandemic have hurt China's economy by locking down major cities like Shanghai and making it more challenging for foreign investors and business owners to visit the nation.

Chinese officials earlier this month pledged to adhere to the country's strict anti-epidemic policies in anticipation of additional outbreaks this winter and spring, but have revised some rules despite a recent sharp increase in infection rates.

Beijing is balancing its efforts to contain the virus with easing some travel restrictions for foreigners visiting the country in an effort to ease pressure on the economy.

This week, workers at the world's largest iPhone factory operated by Foxconn Technology Group in the central Chinese city of Zhengzhou have been rocked by violent clashes over benefits and working conditions. In a video, workers can be seen breaking a Covid-19 testing kiosk.

Other economies such as India, which rely on vaccination to prevent infection and a policy of living with the virus, have largely reopened to foreign investment and travel.

Especially as foreign direct investment and supply chains move out of China, Miller said India has a chance to grow as a global manufacturing base.

According to Gavekal, India still faces several structural problems that limit the growth of the manufacturing sector. These problems range from the difficulty of acquiring land for factories to government policies that have encouraged small, home-oriented factories and made it more difficult for them to hire more workers.

According to Udith Sikand, senior emerging markets analyst at Gawkal, "I don't think India has got its act together in terms of a broad policy framework to try to attract FDI and increase its export market share globally." "India has been grappling with this issue for the last 75 years. It is not just about the last seven or eight years.

Also Read: Local governments in China are forced to reduce spending due to the burden of Covid-19

Although he made significant progress in that area, he claimed that the policy was still somewhat neurotic. On the one hand you want to invite businesses to meetings in India. On the other hand, you often work to block foreign investors in an effort to protect Indian industries. 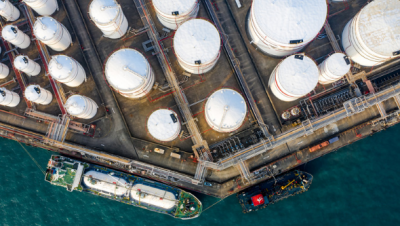