Were mosque and Quran really burnt in Tripura? 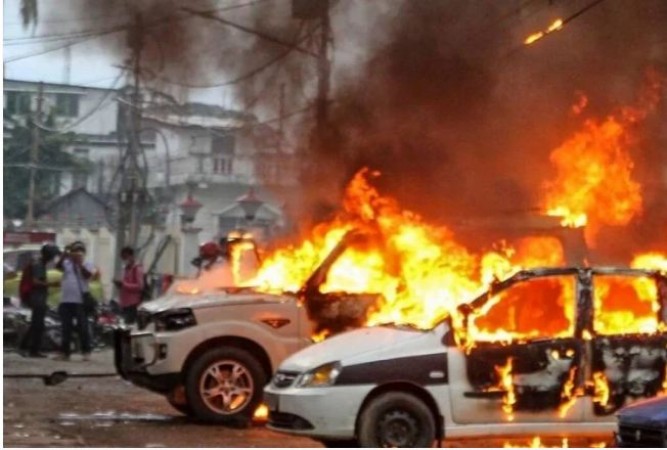 Agartala: A fierce bloodshed was unleashed against Hindus in Bangladesh in October. Vishwa Hindu Parishad (VHP) took out a rally in Tripura to protest against this. After this march, rumours of burning a mosque in Panisagar started on social media. Misleading videos claiming arson, burning of Quran and atrocities on Muslims in mosques went viral. Under the guise of this, radical Islamic organizations wreaked havoc in several districts of Maharashtra, such as Nanded, Amravati and Malegaon.

The fake news that got the most headlines was the burning of a mosque in Panisagar. This happened when Tripura police themselves shared a picture of the mosque at Rova Bazar and said that no damage has been caused to the mosque. But the suspects started claiming that a mosque was targeted by VHP. When media persons went to the spot and investigated the claim, it was found that the alleged mosque had been lying closed for many years and no damage was caused. The mosque is near the Regional College of Physical Education in the Panisagar sub-division of North Tripura. Vidhubhushan Nath, a priest at a local temple, told the media, 'Earlier there was CRPF camp here. Fifteen years ago, there were 2 Muslim officers in this camp. No one comes to this place now. He confirmed that the mosque has been closed since the alleged death of a man two years ago. Another local named Debashish Dey has also categorically denied any attack on the mosque, arson. He said there is no Muslim living around it.

An auto driver named Deban Debnath told the media, 'I didn't even know that there was a mosque here and it had been burnt down. We know nothing like that has happened here. Yet, some people are spreading fake reports of arson. Be it Debnath or Dey, everyone made it clear that they had nothing to do with the Vishwa Hindu Parishad (VHP) or the Rashtriya Swayamsevak Sangh (RSS).

'Since 2014 we have been slaves of America..', Said this Congress leader

On Tuesday, you must chant these 12 names of Hanuman ji, all sufferings will be removed