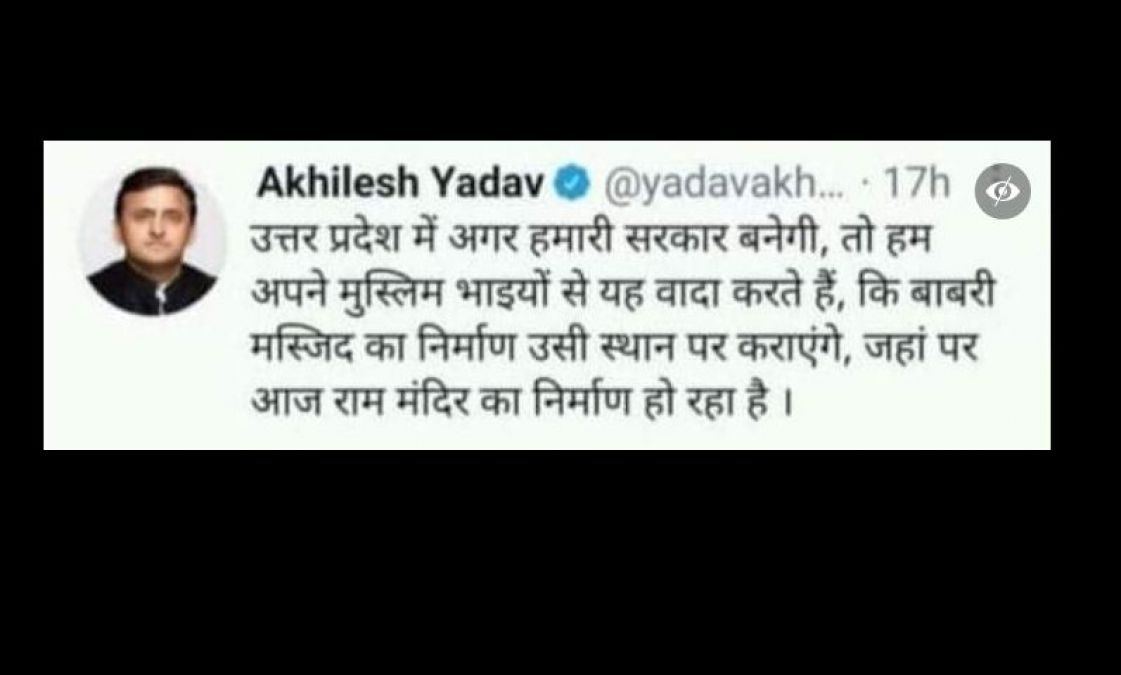 Controversial tweets were taking place through fake Twitter accounts. One such tweet said that if our government is formed, we promise our Muslim brothers that the Babri Masjid will be constructed at the same place where the Ram Temple is being built today.  Following the controversial tweet, SP state president Naresh Uttam has lodged an FIR at Gautampalli police station. The FIR filed states that on July 22 it was found that SP chief and former CM Akhilesh Yadav was being defamed under a conspiracy. Fake tweets are being made from Twitter handles.

The controversial Twitter handle has been written to be closed following an FIR lodged by SP state unit president Naresh Uttam at present. Cybercrime cell Lucknow has been deployed to investigate the case.

Roshan Lal Bittu Unveils The Lies Of The Central Govt.