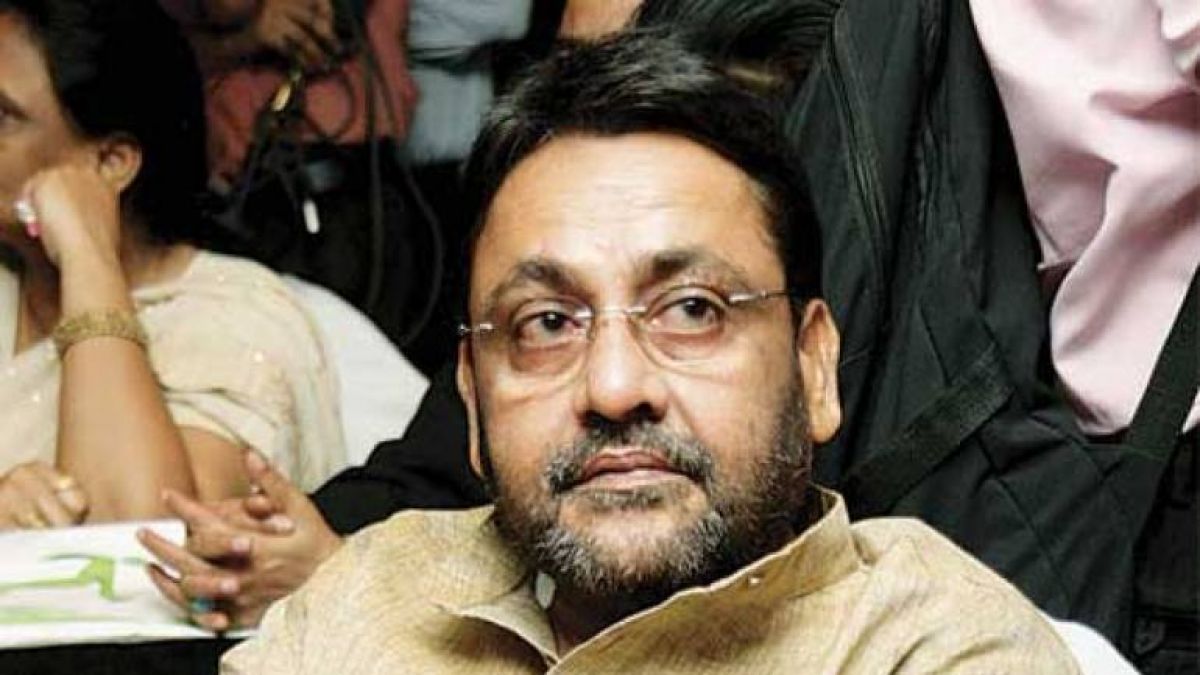 Mumbai: Shah Rukh Khan's son Aryan Khan has been granted bail in the Mumbai drugs case, but the political turmoil that started before that bail is not seen to be coming to a halt. After the arrest of Aryan Khan, Nawab Malik, a minister in the Maharashtra government, has been making frequent statements. The case has been making headlines for his statements. Now, amidst all this, former Bharatiya Janata Yuva Morcha President Mohit Kamboj has filed a defamation case of Rs 100 crore against Nawab Malik.

Let me tell all of you that nawab Malik has been constantly levelled with serious allegations against BJP leader Mohit Kamboj and his family for the past several days. Not only that, his family's connection was constantly being maintained in the Mumbai drugs case. In view of all this, Mohit had sent a notice to Malik on October 9 and the notice asserted that "it is wrong to make defamatory statements without evidence. However, even after receiving the notice, Nawab Malik continued his attack and again hit out at his family on October 11. In view of all this, the BJP leader has geared up for legal action against Malik. Yes, and they have also lodged a complaint with the Mumbai Police. At the same time, he has gone to the High Court and filed a defamation case of Rs 100 crore against Nawab Malik.

In a petition filed in the Bombay High Court, Mohit has said, "He is a member of the BJP and has a business. But Nawab Malik's baseless allegations have tarnished his image. Mohit has appealed to the court to issue an order preventing Nawab Malik from making such statements against him without any evidence.'' What is the Nawab's statement- Yes, when the NCB had detained several people by putting red on the cruise, Nawab Malik had said that 11 people were taken into custody instead of eight. But then there was a call from the BJP leader and three people were released. Not only that, but Nawab Malik had also claimed that Mohit's brother-in-law was among those left.

TMC's Abhishek Banerjee's meeting in Tripura approved with these conditions