DOHA :  While matches in the competitive Group F also promise plenty of tension and potential upsets, the eighth day of World Cup play promises great drama as Germany fights for World Cup survival. Four things to watch out for on Sunday are listed below.

1. Spain against Germany:  The burden is on a team who lost 6-0 to Spain in the UEFA Nations League almost precisely two years ago, so to put it simply, if Germany loses to Spain, they are very surely on their way out of the World Cup at the first hurdle for the second consecutive World Cup.

After Spain's impressive 7-0 victory over Costa Rica in their opening match, the Germans will enter the match as underdogs. Despite reports of grumbling inside the German camp, the Spanish are understandably optimistic that their mobility and passing will weaken Germany's midfield and defence.

2. Japan look to build Costa Rica to recover:  In the second match of Group E, the Japanese will play Costa Rica with the goal of securing a spot in the round of 16.

Although Japan's victory over Germany was unexpected, a look at the clubs where many of the Japanese players play should indicate that it may not have been as shocking as many have suggested.

However, despite having players like Bryan Ruiz and Celso Borges on their team, Costa Rica's football team lacked the experience to compete with Spain.

It would be intriguing to watch how Japan performs against a competitor who will offer them greater possession of the ball after they played well defensively and hit Germany on the break on Wednesday.

3. Belgium needs to get better, but it won't be easy against Morocco: Even the most ardent of Belgian supporters would not say that their team played well because they were frequently outmatched by a spirited Canadian team in their opening match, which Belgium won 1-0. Although this is a difficult game for Roberto Martinez's team, better finishing from Canada could have produced another massive upset and given Belgium a game they could not afford to lose.

In their opening match, Morocco had little trouble holding Croatia at bay, and the North African team will aim to replicate the strong defence and midfield that caused Luka Modric so many difficulties. If Belgium doesn't make progress, this game might produce a shock.

4. Can Canada recover from its disappointing debut? : Alphonso Davis even missed a first-half penalty as Canada had a wonderful chance to defeat Belgium, but a lot of their hard work was undone by some hurried finishing.

Coach John Herdman of Canada has done an excellent job of inspiring his players, and on Wednesday after the game, he was on the field to give them a pep talk.

Croatia, who battled with Morocco's physicality in their opener, will present Canada with another opportunity to pull off a shock if Herdman can maintain their spirits.

Even though Canada won't surprise Croatia the way they surprised Belgium, they will once again look at their pace and intensity to trouble an elderly team. Modric will find it challenging to play twice in five days. 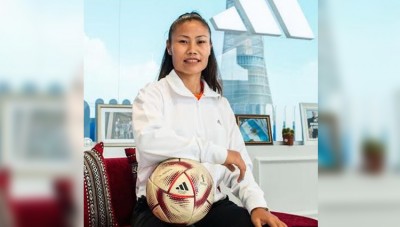