Yesterday, Mukesh and Nita Ambani, along with Akash's brother Anant Ambani, went to the Siddhivinayak temple in Mumbai and unveiled their son's wedding card. Check out the video below:

Akash and Shloka, who are friends since childhood, got engaged in June last year, will get hitched next month is what is expected to be a similar starry wedding as that if Isha Ambani and Anand Piramal. It was reported earlier that, Akash is leaving for his bachelor party with his friends on February 23. The event will have 500 guests and even Bollywood stars Ranbir Kapoor, who is a close friend of Akash and Karan Johar, another close friend of the family will join Akash at his stag party in Switzerland. Meanwhile, the wedding will be held at the Jio World Centre in Bandra Kurla Complex in Mumbai. While guests will be staying at the Trident hotel in Mumbai, they will be transported to the wedding venue at 3:30pm on the auspicious day for the Mangal Baaraat ceremony. The wedding is expected to commence at 7:30pm on March 9. 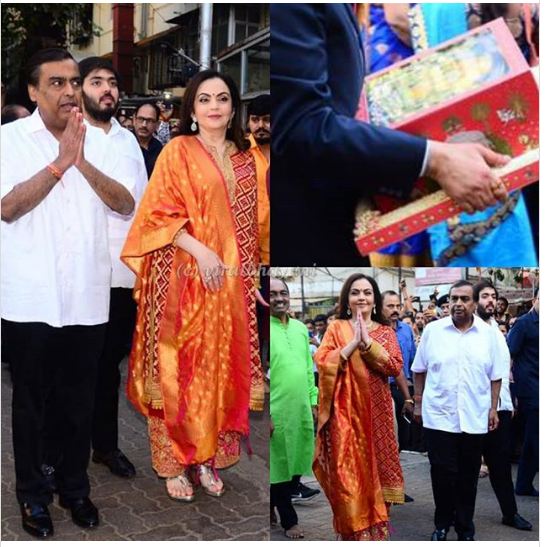