In Assam, at least three people were killed in a landslide in Dima Hasao district. Yes and information about it has been given in an official bulletin. According to a bulletin issued by the Assam State Disaster Management Authority (ASDMA) on Saturday night, three persons, including a woman, lost their lives in the Haflong revenue area of Dima Hasao. At the same time, the hill district has been affected due to flash floods and landslides at many places due to snapping of rail and road connectivity to other parts of the state. At the same time, the ASDMA said, "Landslides have been reported from New Kunjung, Fiangpui, Maulhoi, Namjurang, Dakshin Bagetar, Mahadev Tila, Kalibari, North Bagetar, Zion and Lodi Pangmoul villages. About 80 houses were badly affected. '

In fact, the statement said, "The railway route at Jatinga-Hrangajao and Mahur-Phiding was blocked due to landslides. The road route is feared to be blocked due to landslides before reaching maibang tunnel in Geremlambra village. At the same time, the ASDMA further said, "About 25,000 people are affected by the floods in five districts of Assam. The worst-hit is the Cachar region, with over 21,000 people affected. This is followed by about 2,000 victims in Karbi Anglong West and more than 600 people in Dhemaji are affected by the floods. '

Official sources said at least 227 people are taking shelter in a total of 10 relief camps and distribution centres set up in the two districts. Yes and about 2,200 people were rescued from Cachar, Hojai districts by the Army, paramilitary forces, fire and emergency services, State Disaster Response Force (SDRF), civil administration and trained volunteers. At the same time, incidents of waterlogging have been reported from different parts of Guwahati. In such a situation, the ASDMA has issued a flood alert for Cachar, Karimganj, Dhemaji, Morigaon and Nagaon districts for the next 12-72 hours. 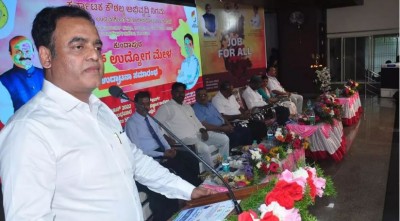