Floods: More than 3.5 lakh people across 21 districts in Assam 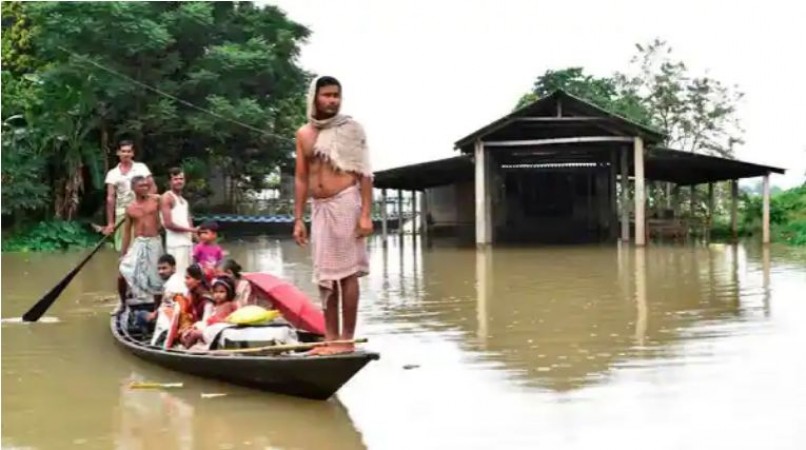 Assam: With the Brahmaputra River and its streams flowing above the danger mark the flood situation rising in Assam. According to Flood Reporting and Information Management System, as many as 950 villages in 21 districts of the state have been adversely affected due to floods following heavy rainfall in the state.

The report also revealed that 44 relief centres that include 16 relief camps and 28 relief distribution centres have been opened in the state to help the flood victims. A total of 1,619 people have taken shelter in these relief camps, said the report.

Meanwhile, Central Water Commission has warned that the water level in Brahmaputra river is expected to rise by 20 to 35 centimeters. Assam State has been suffering from flood situations for the past several weeks. Heavy floods forced people in Panikhaiti village of Kamrup district to live amid dreadful situations while their houses and croplands lie submerged.

CM Yogi's big decision: 'Sale of meat and liquor to be stopped in Mathura'

Janmashtami: Everything shuddered as soon as conch shell was sounded in Mathura, watch the video