Bhopal: An FIR has been filed against Umang Singhar, who was a forest minister in the Madhya Pradesh government, for violating the lockdown rules. Congress leader Umang Singhar has been booked under sections 188 and 51 for gathering a mob in Badnaur under Dhar district.

Additional SP Devendra Patidar has informed the media that he had reached Singhar in Badnaur on Saturday, where a large number of people had gathered and rallied. This case has been registered regarding this. A case has been registered against 32 people, including Congress President Balmukund Singh Gautam of additional Dhar district of Singhar, for violation of section 144. After the FIR, former minister Umang Singhar reached the Badnavar police station with supporters on Sunday to arrest him, causing a prolonged panic at the police station.

On behalf of the state Congress leaders, it has been said that the BJP government had fired on the farmers in Mandsaur on June 6. In such a situation, on June 6, they reached to know the problems of the farmers, but after asking the farmers and laborers, the BJP filed a case against them.

Know why World Ocean Day is celebrated? This time will be this theme

BJP finds a way out of Corona crisis, will campaign through virtual rallies 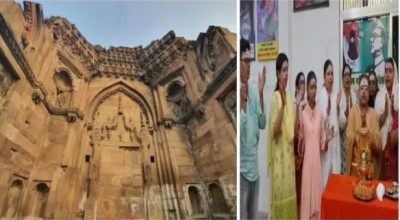