New Delhi: The State Bank of India (SBI) has warned in a report that the announcement of freebie gifts by political parties could pose a serious threat to the economy in the future. It has been said in the report that it can prove to be fatal for the economy. The report suggested that the committee constituted by the country's Supreme Court limit such expenses to one per cent of the state's gross domestic product (GDP) or state tax collection.

In this report written by SBI's Chief Economic Adviser (Group) Soumya Kanti Ghosh, the example of three states has been given in the midst of an ongoing debate over freebies given by political parties. It said that the annual pension liability in Chhattisgarh, Jharkhand and Rajasthan, which fall under the category of poor states, is estimated at Rs 3 lakh crore. According to the report, the pension liability as a percentage of the tax revenue of these states is very high. In the case of Jharkhand, it is 217 per cent, in Rajasthan 190 per cent and in Chhattisgarh, it is 207 per cent. Among the states that are contemplating to re-implement the old pension system, the pension liability in the ratio of tax revenue in Himachal Pradesh will be 450 per cent, in the case of Gujarat 138 per cent and in Punjab 242 per cent.

Beneficiaries do not contribute to the old pension system. Ghosh has said that according to the latest information available, the off-budget debt of the states reached about 4.5 per cent in 2022. This includes the debt that public sector units raise and which is guaranteed by the state governments. In various states, such guarantees have reached a significant percentage of GDP.

In terms of selling in China H&M is cautiously optimistic

Saudi Arabia's real GDP is predicted to increase by almost 8% 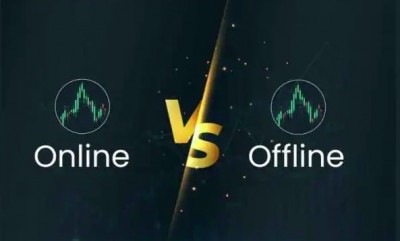