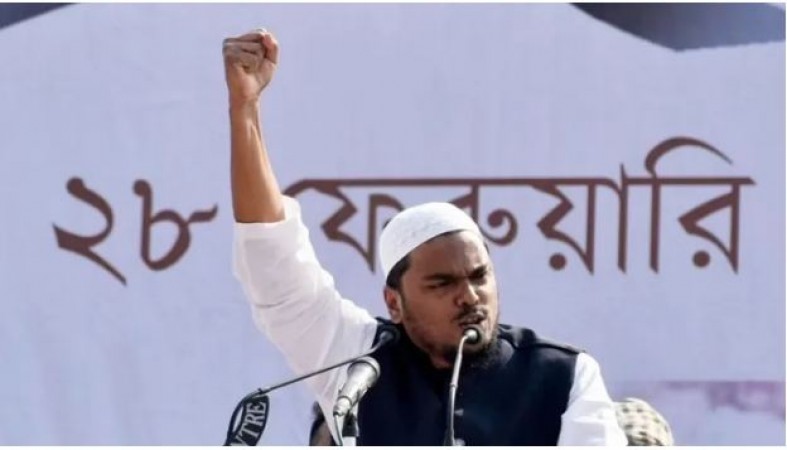 Kolkata: West Bengal's Furfura Sharif cleric and Indian Secular Front (ISF) founder Pirzada Abbas Siddiqui has once again made objectionable statements. Siddiqui has reportedly guillotined those who have kept the Quran at the Durga puja pandal in Bangladesh. The video of Pirzada Abbas Siddiqui making provocative speeches is going viral. Maulana is speaking in Bengali. The video was posted by India Today on Twitter.

In his video, Siddiqui said that those who place a copy of the Quran near the feet of a deity at a Durga Puja pandal in Bangladesh recite Hanuman Chalisa, should be 'beheaded.' According to the report, Siddiqui made the statement during a speech at 24 Parganas in West Bengal on Friday. Abbas Siddiqui has denied the youth joining Durga Puja. Siddiqui further said, "I remember the theme Kaaba of Durga Puja pandal was also made a few years ago. If the Kaaba is so much liked, why don't you convert to Islam?''

Siddiqui also said that those who think that they have the right to insult the Quran, I say abbas Siddiqui that I have the right to behead him. At present, as soon as the controversial video of Abbas Siddiqui went viral on social media, he released a video on Facebook demanding an inquiry into the alleged possession of a copy of the Quran at the Durga puja pandal in Bangladesh.