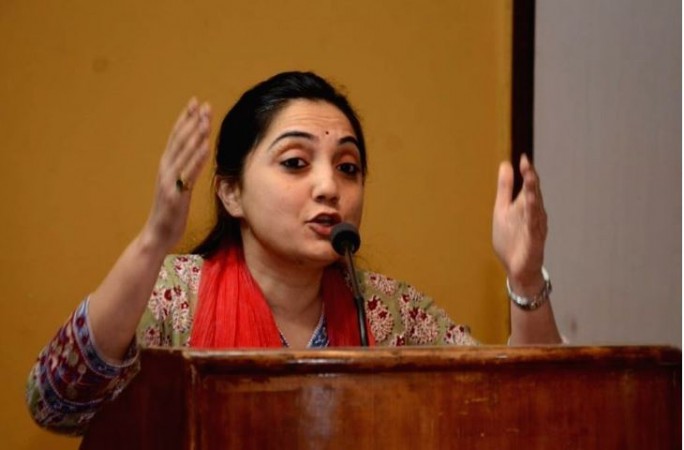 New Delhi: Gau Mahasabha president Ajay Gautam has filed an affidavit before the Chief Justice of India (CJI) in the court following remarks made by supreme court judges on suspended BJP spokesperson Nupur Sharma. The affidavit explains how Nupur Sharma's plea to the judiciary was justified, but the comments made by the judges against her were illegitimate. Before his affidavit, Ajay Gautam had filed a petition seeking that the judge withdraws his statements. Now, the fresh affidavit filed in the court contains detailed information and reasonable questions related to the case. 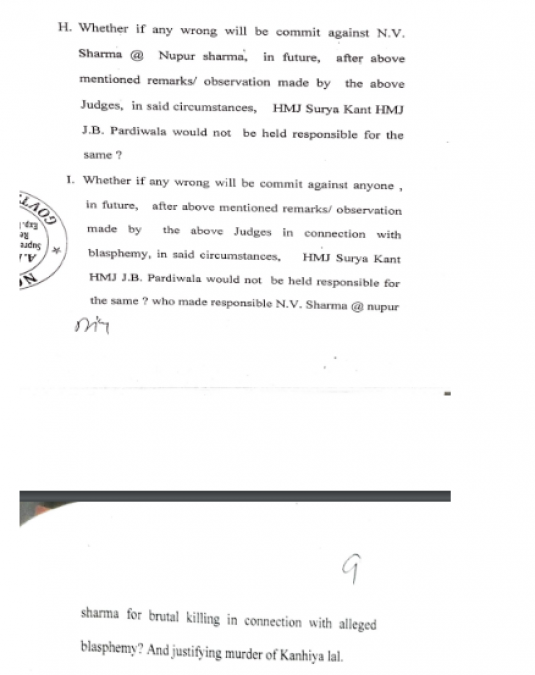 In his affidavit, the petitioner, while narrating the entire developments in the Nupur Sharma case in a point-wise manner, has questioned how the court, without any trial or appeal, can conclude that the real culprit of the Udaipur murder case is Nupur. Referring to incidents like the anti-Hindu riots in Delhi and the killing of Kamlesh Tiwari in Lucknow, he questioned whether Nupur Sharma was behind all this. Ajay Gautam's affidavit asked if justice Surya Kant and JB Pardiwala will be held responsible for the same as if anything goes wrong with Nupur Sharma in the manner in which both the judges have justified Kanhaiyalal's murder. Will both the judges be held responsible if someone hurts someone for the blasphemy after the judges' comments?

Ajay Gautam, in his affidavit, has also said that the statement of the judges has posed a security threat in the country. The matter which was cold so far has become a game of accusations in the country after this comment. If this was to be the case, then instead of being a judge in the court, these people should have been politicians. The affidavit also questioned whether judges have the power to make such statements. If not, then why has the country been brought into a situation by misusing the powers of the judiciary in this way, which can lead to riots in the country?

The affidavit said that the two judges had already thought about what they had to say about Nupur Sharma, while the reality is that it is not Nupur Sharma but the Talibani thinking that is responsible for the killings taking place in the country is not Nupur Sharma which has started flourishing in the country. In the affidavit, all those toxic statements have been presented as examples, which to date have been openly given by the fundamentalists, but they are not acted upon. The list also includes Akbaruddin Owaisi's statement in which he insulted Hindu gods and said that they will clean Hindus from the country in 15 minutes. Similarly, more than 50 FIRs were registered against the Imam of Jama Masjid, but no arrests were made.

Ajay Gautam, in his affidavit, said that he was left with no option but to approach the Chief Justice of India for necessary action in the matter. He has requested that his petition be looked into and justices Surya Kant and Pardiwala be directed to withdraw their statements. At the same time, the Chief Justice should take suo motu cognizance of Nupur Sharma's petition and add all the cases in one place and give any direction which may be appropriate considering the facts and circumstances.