Gauahar Khan keeps her work and her personal life separate. She pays attention to her work as well as her personal life. Gauahar has married Zaid Darbar and the two are seen enjoying themselves together every day. Although you may not know that before marriage, Zaid had even told Gauahar about one thing that if the actress did not do this, then he would cancel the marriage. Yes, this has been revealed during a recent interview. Recently during Coffee Time With Griha, Gauahar said, 'Zaid told me that I will manage everything for you, your work schedule, but if you do not apply mehndi in the wedding then I will not get married. In fact, Zaid wanted Gauahar to definitely apply mehndi in the wedding.'

Let us also tell you that on the very next day of the wedding, Gauahar had gone to Lucknow to shoot for the film 14 Phere and during this time Zaid had fully supported her. In fact, he himself went with Gauahar for his shoot. However, Gauahar has mentioned many times for Zaid that 'Zaid has been very supportive and he also came with me to shoot for the film because we got married then and I was a new bride.'

In an interview, for the time being, Gauahar shared his experience of shooting for the film and said, "I am married to those who see mehndi in my hands in 14 Phere. I don't know what Allah planned, but when I was supposed to shoot after marriage, all those scenes were weddings, so I didn't have much trouble.'' Tell you that Gauahar will soon be seen in the film 14 Phere starring Kriti Kharbanda and Vikrant Messi in the lead roles. The trailer of the film has been released recently which has received a very good response. 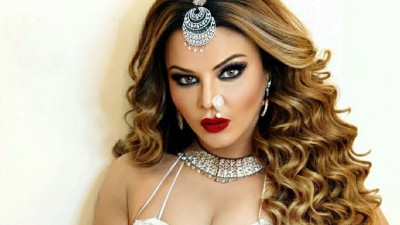