Mayawati said this to Gehlot government regarding Coronavirus Lucknow: The political stir in the state has intensified for the last few days. Meanwhile, BSP chief Mayawati said on Tuesday that it seems that the threat of the Rajasthan government has been averted. Now the government should focus on controlling COVID-19.

Explaining further, she said that the tussle between Chief Minister Ashok Gehlot and Congress leader Secretary Pilot is now ending, but do not know when it will start again. Due to this, the work being done for the public has also been affected. He said that now the government should focus its entire focus on development, so that the public can be relaxed in the time of COVID-19 crisis and it is necessary to control it soon. Jayant Chaudhary wrote a letter to the voters, saying- Yogi government did the work of dividing the people 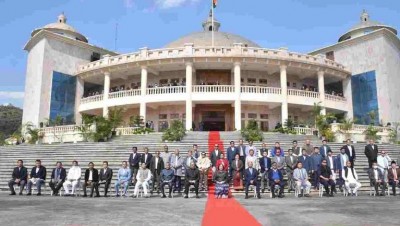