Germany promises Ukraine a prompt response regarding its combat tanks Berlin: On Tuesday, Germany said it would "shortly" decide whether to allow the export of the potent Leopard battle tanks that Kiev has long coveted and urged allies to begin preparing Ukrainian forces to use them.

All eyes in Kiev are on the battle tanks, despite the fact that Western nations have recently pledged ever-more-advanced military hardware to aid Ukraine in repelling Russia's invasion.

Berlin did not give the project a final go-ahead on Tuesday, but late that evening, German media, including the newspaper Der Spiegel and the news channel NTV, reported that Chancellor Olaf Scholz would approve it.

According to the outlets, the announcement would likely be made on Wednesday and would also include Poland's permission to transfer its Leopard tanks to Ukraine.

However, in Kyiv, Ukrainian President Volodymyr Zelensky was dealing with a growing corruption scandal within his administration, dismissing some officials for corruption while others tendered their resignations.

Ukraine and a number of its allies have been pleading with Germany to permit the delivery of the Leopards for weeks, but a meeting of Kyiv's allies last week in Germany, organised by the US, resulted in no decision.

The moment of truth may be approaching, according to German Defense Minister Boris Pistorius, who stated on Tuesday that he had "expressly encouraged partner countries that have Leopard tanks that are ready for deployment to train Ukrainian forces on these tanks."

Also Read:  Tymoshenko submits his resignation as the deputy head of the Ukrainian presidential office

Following discussions with NATO Secretary General Jens Stoltenberg in Berlin, he added, "I expect a decision to be made shortly.
Stoltenberg stated that "we must provide heavier and more sophisticated systems to Ukraine, and we must do it faster," adding that he anticipated Berlin to make a decision "soon."

The delivery of the tanks, according to Kremlin spokesman Dmitry Peskov, "will bring nothing good to the future relationship" between Berlin and Moscow.

They'll make a big impression, he said. Countries using German-made armaments are required to request Berlin's approval before transferring them to a third party in accordance with Germany's war weapons control regulations.

One of the loudest voices requesting authorization to send Leopard tanks, Poland, announced earlier this month that it was prepared to send 14 of them to Kiev as part of an international coalition of nations.

According to Defense Minister Mariusz Blaszczak, the nation has now submitted a formal request. A spokesman for the German government acknowledged receipt and stated that it would be examined "with necessary urgency."

Mateusz Morawiecki, the prime minister of Poland, said he expected a "quick" response and accused the Germans of "dithering, dragging their feet, and behaving in a manner that is difficult to understand."

In his evening speech, Zelensky stressed that decisions regarding the tank transfers "must be made" and that allies "have the required number of tanks" that Ukraine has been requesting.

German Pistorius earlier refuted claims that Scholz hesitated before approving the shipment of Leopards and insisted that there was no dissension among Ukraine's Western allies.

Zelensky urged his troops to continue the fight against Russia as Ukraine marked 11 months since the start of the conflict on Tuesday.

However, the remarks were made as Zelensky was dealing with an expanding corruption scandal and as his defence ministry was rocked by claims of fraudulent food procurement.

According to local media reports from last week, the ministry allegedly signed a contract at prices that were "two to three times higher" than the going prices for essential foods.

A deputy defence minister, two deputy ministers of community and territorial development, and a deputy minister of social policy were among the officials who resigned on Tuesday as a result of the allegations.

Although there has always been widespread corruption in Ukraine, including among the political elite, efforts to end it have been overshadowed by the conflict.

For years, Kyiv's Western allies have pushed for anti-corruption reforms, sometimes as a condition for aid from countries that have provided billions of dollars in financial and military support.

In the meantime, the governor of Russia's border region of Belgorod informed President Vladimir Putin that 25 people had died and more than 90 had been injured since the war's beginning.

Approximately 6,500 individuals from border villages had to be evacuated, and they were essentially "refugees," according to Governor Vyacheslav Gladkov.

Since Putin sent troops to Ukraine on February 24, 2017, the Belgorod region, including the city by the same name, has been repeatedly shelled. 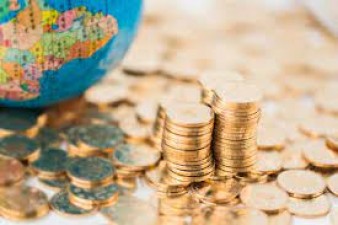 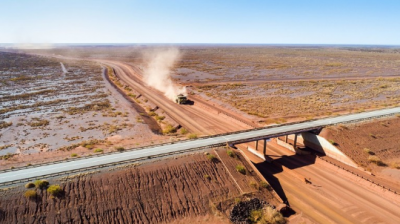