Patna: There is a complete liquor ban in Bihar, but every day such videos keep coming out, which makes this law a joke there. The latest incident is from Khagaria district where a video of some young women having a liquor party and then a drunk Bhojpuri song is fast going viral.

In the video, some women and girls are also spilling the jam and saying, 'This is the liquor...  It's just forgetting...  Removes the bad man, brings the good man. Drunk women are also dancing to Bhojpuri songs. The women also recorded the video from the phone at the time of the liquor party and shared it on social media. However, after the video of the liquor party went viral on social media, the police of Chitragupta Nagar police station in Khagaria swung into action and registered a case against the girls and the woman seen in the video.

The police have not only registered a case against the women involved in the same liquor party, but have also arrested a young woman named Kajal Kumari. The viral video is from Chitragupta Nagar police station area of Khagaria where a boy named Amit Kumar had brought liquor to his girlfriend. The man, along with Kajal and other women, had a liquor party this month and also made a video of which and shared it on social media. According to the police, Kajal and Amit are having an affair and the two lived together in a rented house. Chitragupta Nagar SHO Sanjeev Kumar said that Kajal Kumari, who was part of the liquor party, has been arrested while the police are making efforts to arrest the culprit Amit and others. Kajal is a resident of Supaul district and used to work in a private company in Khagaria. 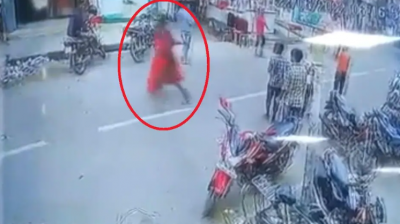