WHO's good news about coronavirus! The World Health Organization (WHO) recently said that nearly 4 million coronavirus cases were reported worldwide last week, the first major decline in more than two months in view of new cases. In fact, recently, 44 lakh cases of Covid-19 have been reported. The WHO in its weekly data has reported that cases have shown a decline in all regions of the world as compared to last week. At the same time, the number of deaths worldwide has also come down and it has been recorded at about 62,000. Southeast Asia has the lowest decline, while Africa has registered a seven percent increase in deaths.

In addition, it has been reported that the highest number of new cases have come up in the US, UK, India, Iran, and Turkey and the highly contagious form of virus 'Delta' has now reached 180 countries. On the other hand, the WHO says, "Children and adolescents are less affected by Covid 19 than adults. It has also been stated that the percentage of deaths due to virus essays of people below the age of 24 years is about 0.5 percent.'' Amidst all this, health workers in France will not be able to go to work if they are not vaccinated against covid till last Wednesday as it is mandatory for health workers in the country to be vaccinated.

It will start anti-covid vaccination for children between the ages of six and 11 in Cambodia from Friday. Prime Minister Hun Sen said last Wednesday, "This step is being taken so that children can start going to school safely, which has been closed for a long time due to the coronavirus epidemic.'' In addition, in an audio message, he said, "He hopes that about 18 lakh children will be vaccinated under the program.'' 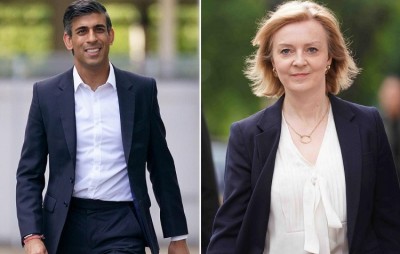