Good News: Omicron infection is being cured by taking this medicine: Infected doctor

New Delhi: The whole world is scared about the new variant of corona virus omicron. There is currently fear among all about the third wave and no one wants the third wave of corona infection to occur. You all must know that omicron. has knocked in India as well. In fact, two new cases of omicrons have been reported from Karnataka this week. The list also features a 46-year-old doctor who contracted omicron infection, although the infected doctor is still fine.

Recently, he himself has said that he is not suffering much. The doctor explained the symptoms to the treatment. In fact, the infected doctor, speaking to an English newspaper, said, "It is more painful to stay locked in a house than a disease. As soon as I found out I was infected with corona, I first quarantined myself. My wife and children also became quarantined. He further said of the symptoms of omicron, 'My body was recording very fast. I had a mild fever, but had no difficulty breathing. My oxygen level was also constantly normal. I started getting fever from November 21 and the next day I gave samples of my swayab for RT-PCR test. I didn't have a cold. At the same time, I had a fever of only up to 100 degrees Fahrenheit. '

At the same time, he said, he stayed at home on the first day after being found infected. He then decided to admit himself to a private hospital. At the same time, he said, "On November 25, I was given a dose of monoclonal antibodies. I benefited a lot from it. The next day I had no symptoms of corona. The doctor is infected with omicron and is in good condition right now. 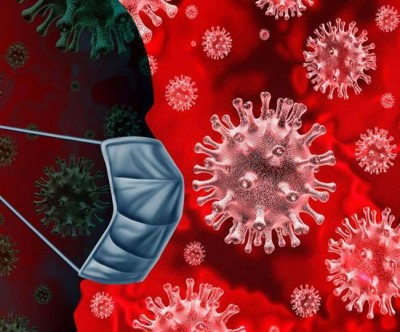