Tech giant Google is now looking to call its employees back to the office. Google has found a new way to get used to the office from work that has been going on for a long time. Actually, Google is going to provide electric scooters to the employees coming to the office, which is going to be on the basis of a monthly subscription.

According to US media reports, Google has also partnered with a company named Unagi, so that it can provide e-scooters to its employees. This service is going to be available only to those people who want to work in office space. The retail price of the Unagi Model One scooter is US$ 990, which roughly translates to Rs. 75,000 in India. Talking about the Unagi Model One, a rechargeable battery has been fitted in this scooter, which powers two electric motors. These motors can produce 1.3 BHP of power and 32 Nm of torque. Once fully charged, this electric scooter is going to provide a range of 25 km.

A report named The Verge has given information about the partnership between this electric scooter and Google. This offer is also applicable for Google's Mountain View Headquarters. Also, this offer is also available for the office located in New York. Let us tell you that the demand for electric scooters and electric bicycles is increasing rapidly all over the world and this initiative is playing an important role in reducing pollution. 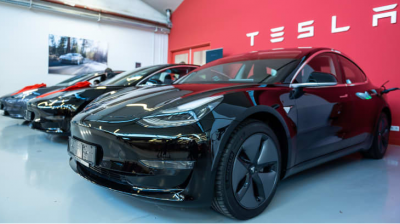