If you do not believe in ghosts, then this video can surprise you. Yes, this video is currently in the headlines, and the senses of the person who is watching this video are flying. Actually, this video is from a hospital in Argentina where something strange was captured in CCTV footage which is shocking. In this video, a guard is seen talking to someone who is not visible. This video in the name of 'Ghost Patient' is becoming increasingly viral on different platforms of social media. You can see this 38-second clip has blown the senses of the internet public.

The incident took place at 3:26 a.m. at the Private Care Center Finocchiato Sanatorium in Buenos Aires, which was captured on a CCTV camera installed in the building. At the beginning of this video, a guard is seen sitting on the chair of the counter. Then the door of the hospital opens. However, no one appears to be coming. Looking at this video, it seems as if the guard is able to see someone. He immediately gets up from his seat, then picks up the clipboard on the desk and moves towards the 'invisible man.' In this viral footage, it can be seen that after a brief conversation, the guard removes the line divider to get him in.

At the moment, people are stunned to see this video, because, in the footage, the guard is talking to someone who is not visible. Now those who watch this video are giving their own feedback. In this case, the spokesperson of the care center says that the door was inadequate and kept opening several times throughout the night. However, the spokesperson has also said that the guard was seen writing something on the clipboard paper, but no one's name was recorded in the register.

US govt looking into Musk's Twitter as he plans more layoffs 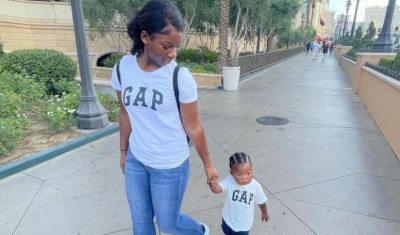