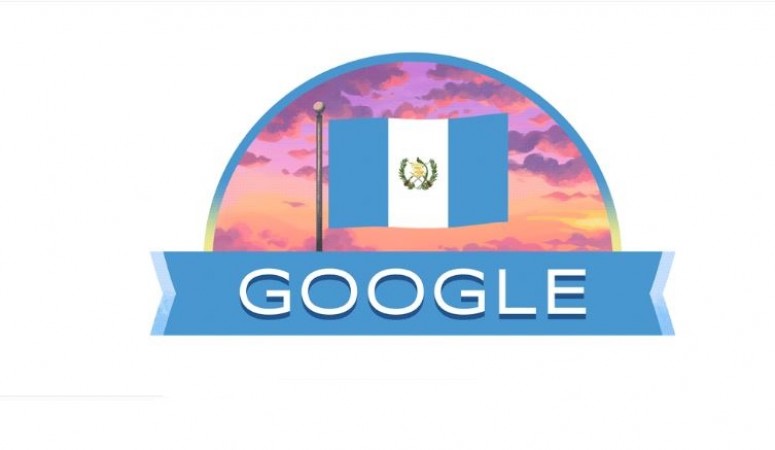 North America: Today, September 15, Guatemalans commemorate their independence. A noteworthy Google Doodle has been created in honour of the Republic of Guatemala. On this day in 1821, this Central American nation proclaimed its freedom from 300 years of Spanish colonial domination.

The independence of Guatemala is commemorated by festivals, concerts, parades, and public murals. Flags of Guatemala, like the one flying in the image of today, are white and blue and fly high over the entire nation. Additionally appreciated and shared among community members are traditional meals including tacos, tostados, and tamales.

In Guatemala, the first signs of human occupation date back to 12,000 BC. As early as 18,000 BC, according to archaeological evidence like obsidian arrowheads discovered across the nation, there may have been a human presence. On June 3, 2020, the researchers revealed their finding of Aguada Fénix, the oldest and largest Maya site, in an article in Nature. It has impressive architecture and is made up of a raised plateau with a rectangular shape that is nearly 400 metres wide and 1,400 metres long.

Spanish troops invaded the region in the sixteenth century, claiming it for New Spain (now recognised as Mexico). It turned into a New Spain administrative state at this time. The American and French Revolutions served as an inspiration for Central Americans as they fought for state sovereignty.

The day offers the ideal chance to appreciate Guatemalan culture in all its glory. The delicious regional cuisine and exquisite Mayan artwork on exhibit on Guatemala Independence Day have grown to be a top draw for tourists from other nations.

Google mulls moving some production of Pixel phones to India