Ahmedabad: A sensational case has come to light from Dhanduka tehsil of Ahmedabad, the capital of Gujarat. Here on Tuesday (January 25, 2022), a young man named Kishan Bolia was shot dead. According to reports, Kishan was on his way home when two bike-borne assailants shot him, killing him on the spot. In this case, the police have registered a case and started the investigation, but the villagers are not satisfied with it. It is being told that Kishan had posted a video on social media, after which some radical Muslims were angry with him.

According to the report, the video that Kishan posted on social media was related to the Prophet Muhammad. Let us tell you that whenever fanatics kill someone in these cases, it is justified by calling it blasphemy. The fundamentalists even justify this. According to the report, some people had recently raised objections against the alleged post, after which the police took action against Kishan. However, Kishan has kept the setting of his social media account private. The special thing is that the police have not yet investigated that alleged controversial post.

After this incident, Kishan did not go out of his house, suddenly he got out of his bike on Tuesday itself, but he was murdered. The police suspect that Kishan may have been murdered because of this controversial post. An eyewitness said that the assailants who fired at Kishan were following him, as soon as they reached near Modhwada turn, the first shot was fired at Kishan, in which, he survived, after which he was fired again. He died on the spot. After this incident, the family refused to accept Kishan's body. However, after intervening in the matter of several Hindu organisations, the police assured a proper investigation into the matter and only then did the family accept Kishan's body.

Kishan's last rites were performed on Wednesday amidst tight police security. SoG (Special Operations Group) of Gujarat Police will investigate the case. Some suspects have been arrested in connection with the incident. 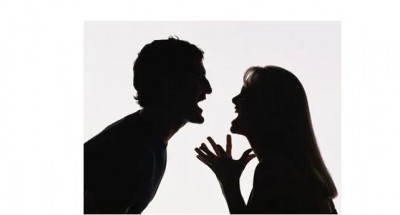