New Delhi: The Hindu side's lawyer Vishnu Jain has made a shocking disclosure about the Shivling found in the Vazukhana of the disputed Gyanvapi Masjid located in the city of Baba Vishwanath. Talking to the media, he told that an attempt has been made to break the Shivling present in the Vajukhana and make it a fountain, which came to light a few days ago when these people were taking the structure built for making the fountain with them.

Vishnu Jain, demanding an investigation by removing the artificial wall built under the Shivling, told the anchor that, 'I am telling you the reality. Shivling was in their possession to eat vaju. These people used to insult him (Shivling). In the same, he broke something and prepared a fountain type structure. This structure is still lying in his store room. Just a few days ago these people were taking him somewhere, so CRPF stopped them. So what they have done with our deity, we have done with our deity, we know that, we are fighting for it, we have got Shivling. Now it is the duty of every Hindu to worship him, respect him.

Vishnu Jain claimed that if video and photography of the store room is done, then it will be proved that an attempt was made to make a fountain by inserting a drill into the Shivling. This will also prove that how 63 cm hole was made in Shivling. While talking to Maulana in the program, he questioned that after all the other side says outside that they are respecting Hindus and says in the Supreme Court that they have to perform Wudu where the Shivling is. What is this respect for Hindus?

Let us tell you that lawyer Vishnu Jain, who has fought many cases to get Hindu temples back to their identity, has said that his legal team will work to recognize India's glorious history and will not stop till this happens. Describing the right to worship as a fundamental right, he said that Shivling has been found in the premises after the survey. Under Islamic law, this place can never be a mosque. He refers to Article 25 of the Constitution to say that he has the right to worship there. He told that if there is a temple in the mosque or the temple has been demolished and converted into a mosque, then it will never be counted as a mosque. 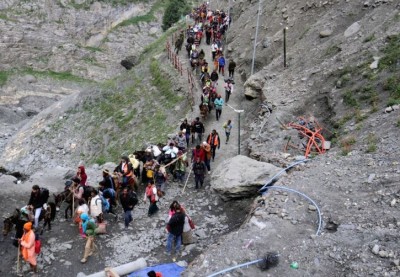