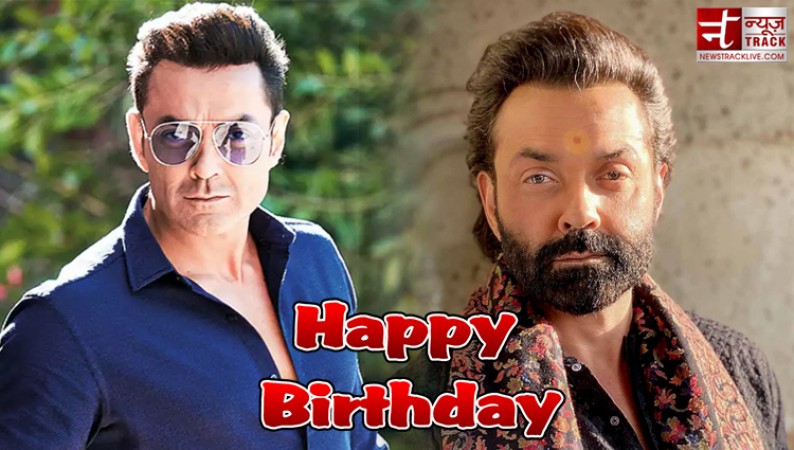 Bollywood actor Bobby Deol, who is famous for his characters in many films, has a birthday today. He is celebrating his 52 birthday today. Bobby is liked by people and always remains in the discussions because of his look. Although he could not be hit as much as his brother Sunny Deol, but he has settled in the hearts of the people. He has worked in many excellent films. Bobby Deol's name was once associated with Salman Khan's on-screen sister (Hum Saath Saath Hain) and the 80-90s of the famous actress Neelam Kothari.

There was a time when Bobby and Neelam were very serious about each other. During that, both could do anything for each other. The close friends of both know that. Bobby's father Dharmendra was said to be the reason of their breakup. Bobby and Neelam were in a serious relationship for nearly 5 years, though their relationship did not reach the wedding because Dharmendra did not like Neelam. He did not want a single son to marry any Bollywood actress. That is why Bobby and Neelam had a breakup. After that, Neelam spoke about her breakup in an interview to a magazine.

She said, "Yes, it was true that Bobby and I were separated. I don't like to talk about my personal life, but we have a lot of stories and different things happened. That is why I am talking about it. I don't want people to believe what is just and just a lie. It was also rumoured that Bobby is associated with Pooja Bhatt and that's why we broke up. These are all lies. The breakup was neither due to Pooja nor because of any other girl. We have been separated by mutual consent." Later, Bobby married Tanya who belong to a large business house. We greet Bobby on his birthday.

'URI: The Surgical Strike' to be screened again in cinemas today