Kangana has dated these married actors, she has also been having an affair with a doctor Today is the birthday of Kangana Ranaut, who has been in the news for her outspoken statements. Today, Kangana is celebrating her 35th birthday and in the Bollywood industry, she has won everyone's heart with her performances and her outspoken statements. However, she has been in the news for her statements, less for her statements but for her affairs. Kangana's name was first associated with Aditya Pancholi who was already married, although the relationship between the two could not last long.

After this, Kangana dated Hrithik Roshan who was divorced, although the relationship between the two ended with great bitterness and Kangana still does not leave any chance to take a dig at Hrithik. At the moment, Kangana is still dating someone and she says that she will reveal it soon. Talking about work, soon she will be seen in films like Dhaakad, Tejas, Sita.

Shamita spotted on a dinner date with Raqesh, her face glowing with joy

Everyone is crazy about Mouni Roy's beauty

Kriti Sanon is seen wearing dress of Rs 4,000 and heels worth lakhs 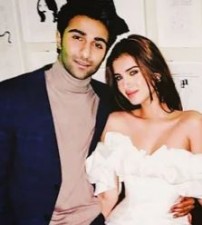