Today is Nehha Pendse's birthday, and she has captured everyone's heart with her performances. Nehha Pendse is a popular television actor who has been in a number of Marathi films. Nehha Pendse is a Marathi actress whose spectacular performance has everyone talking. On November 29, 1984, Nehha Pendse was born. He has been in a number of fantastic television series. Nehha's personal life has been making news. Tell you that Nehha is married to Shardul Singh, her lover, and the two adore each other. Nehha was viewed as a full Marathi bride at this period because the two were married under Marathi customs.

She wore a black Marathi outfit and sat in a throne-style chair, posing like a queen. Few people are aware that Nehha's spouse Shardul Singh Bayas (Shardul Singh Bayas) is a highly successful businessman. He is also divorced at the same time. In actuality, Nehha had revealed her and Shardul's connection to the media after their marriage. "Shardul has been divorced twice previously and has two children," he had claimed. She didn't keep anything from me; I know everything about it, and I've known her for a long time. If we talk about Nehha Pendse's career, she began in the television industry with the 'Captain House' series.

Following the programme, she appeared in a number more serials. 'Neighbour,' 'Hasraten,' 'Mithi Mithi Baat,' 'Bhagyalakshmi,' and 'Family Tile with Kapil Sharma' are among the series on the list. Nehha has also worked in the movie industry. 'Pyaar Koi Khel Nahin' was his debut film, which was released in 1999. She has also starred in films such as 'Dag: The Fire,' 'Deewane,' 'Who is Better Than You?,' and 'Devdas.' He's also appeared in a number of Marathi films. June, his Marathi film, was fantastic. 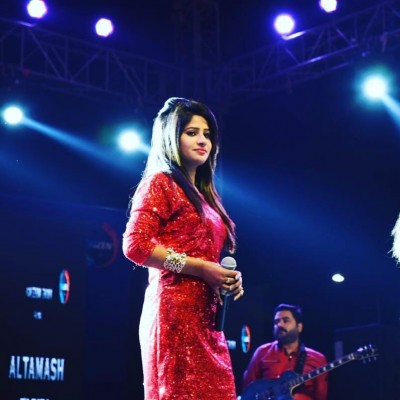