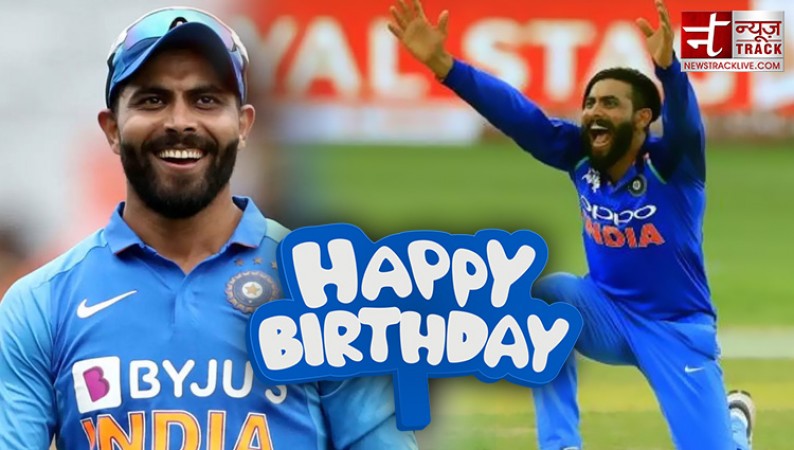 Ravindra Jadeja, a 33-year-old Team India all-rounder, is celebrating his birthday today. He is known as Sir Jadeja in the world of cricket. He won the Man of the Match title with a stellar performance against the England team.

Jadeja made his debut in the Test match against England in Nagpur in 2012 and got his first chance to play for Team India in 2009 which was played against Sri Lanka in Colombo. Jadeja has played 57 Tests so far in which he has taken 232 wickets. He has scored 7024 runs in 168 matches in ODIs.

His mother died in an accident in 2005. After which he had decided to quit cricket. But on the persuasion of the family members, he carried forward his cricket career. You will be surprised that Sir Jadeja was fond of riding a horse before and never touched the bat. Jadeja believes that doing so brought confidence to him. So Jadeja has surpassed his past and has come a long way in his success journey and has set many cricket records. Jadeja's role in Team India is considered very important in today's times.