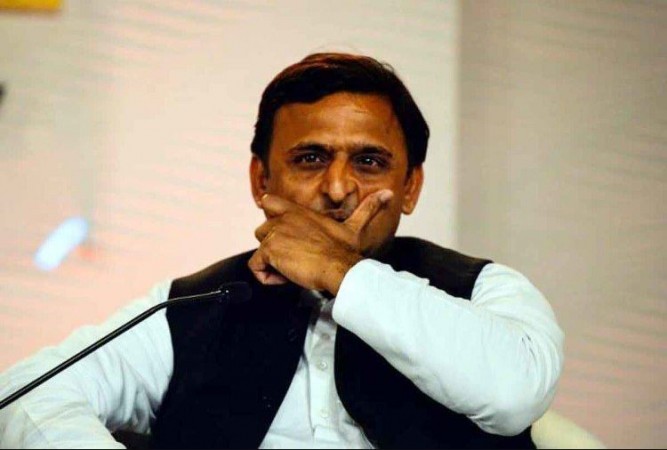 Lucknow: Is it Ram Navami or Mahanavami today? You are wondering why we are asking this question, but there is an uproar on Twitter over a tweet by Samajwadi Party National President Akhilesh Yadav and former Union Minister Anand Sharma. In fact, the two leaders today wished the people Ram Navami on Mahanavami. However, both have deleted their tweets.

In fact, Samajwadi Party national president Akhilesh Yadav tweeted today, 'Wishing you and your family a very happy Ram Navami!'. As soon as Akhilesh tweeted, the users started trolling. After a while, Akhilesh deleted the tweet and tweeted - 'Eternal best wishes to you and your family on Mahanavami!'

On the tweet of Akhilesh Yadav, the Bharatiya Janata Party UP gave a sharp reaction. The handle of Bharatiya Janata Party Uttar Pradesh tweeted- 'Akhilesh Yadav who does not even know what is the difference between Ram Navami and Mahanavami, he talks of 'Ram' and 'Parshuram.' Don't 'foolish' the public, it looks better on you...' At the same time, Bharatiya Janata Party leader Amit Malviya said, 'The festival of Ram Navami is celebrated in the month of Chaitra, Mahanavami is celebrated in Shardiya Navratras, which is the day of devotion to Mother Durga, thereafter, Vijayadashami means the day Lord Rama killed Ravana. This is what happens when those who shoot at Kar Sevaks pretend to be Hindus as soon as elections come.'