LONDON: After being left out of Pakistan's Test team for the home series against England, speed bowler Hasan Ali, 28, has been added to Warwickshire's arsenal for the upcoming season.

Ali has signed a contract to participate in the whole Vitality Blast season, including any potential knockout games, and the LV Insurance County Championship through the end of July. He is Warwickshire's first international signing for 2023.

With around 200 T20 wickets for teams like Islamabad United and Peshawar Zalmi in the Pakistan Super League (PSL) and St. Kitts & Nevis Patriots in the Caribbean Super League, Ali has excelled for T20 teams around the world and earned 131 international appearances (CSL).

At Lancashire, where he made his English cricket debut the previous year during a short red-ball deal, Ali developed a cult following. After four weeks, he has taken the most wickets in Division One of the County Championship, with 25 in five games for an average of 20.60.

Ali reminisced about his time playing at Edgbaston and expressed excitement about joining the team. The Warwickshire County Cricket Club (WCCC) website reported Ali as stating, "I'm happy to join for Warwickshire since they are an ambitious club and Edgbaston is a place I've always enjoyed playing at.

He said, "I hope I can use my knowledge to benefit the squad and help us win some games, maybe even a trophy."
Before making his presence on the international stage in his first big competition, the 2017 Champions Trophy, Ali made his Pakistani debut in 2016. He was named the Player of the Tournament and had the most wickets taken (13, at an average of 14.69). 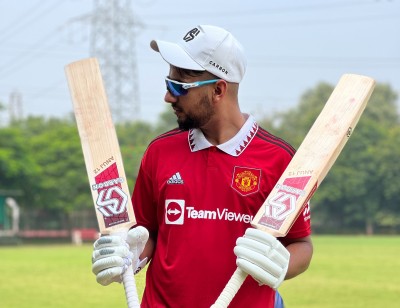