A recent study conducted in London reveals that people with type 2 diabetes (T2D) may experience a lower risk of dementia if they lead a healthy lifestyle.

According to the study, those with T2D who lead poor lifestyles are considerably more likely to experience dementia than those who lead very good lifestyles and don't have the condition. However, living a healthy lifestyle cut the risk of dementia in half for those with T2D.

University of Glasgow researcher Carlos Celis-Morales said, "adhering to current nutritional, physical activity, and sleep recommendations is crucial to overall health and it may contribute to a lower risk of dementia in those with diabetes." He said, "We have demonstrated that adhering to these healthy lifestyle recommendations also considerably lowers the rise in dementia risk that people with diabetes face."

The team followed over 450,000 patients in the UK Biobank project for the onset of dementia for the study, which was presented at the annual meeting of the European Association for the Study of Diabetes (EASD) in Stockholm.
The average age of the 445,364 participants-- 54.6 percent of whom were female--was 55.6 years, and they were followed up for a median of 9.1 years. At the beginning of this time, none of them had dementia.

5 Ayurvedic ways to get rid of Bad Body Odour 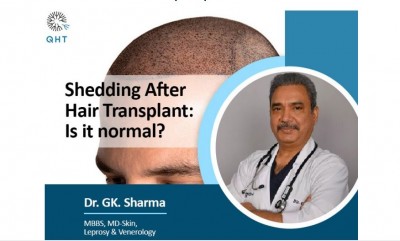