On November 2, the highly anticipated Tamil film Jai Bhim, in which Suriya portrays a lawyer, will be released. The film, which also stars Prakash Raj, Rao Ramesh, Rajisha Vijayan, and Lijo Mol Jose, is set to be released around the festive Diwali season. Suriya will fight against all odds for the tribal communities in the film.

Sharing the poster of the film that sees him in a lawyer's outfit, Suriya tweeted, "Proud to bring this story of courage and faith in pursuit of Justice!!." Suriya is an actor that astounds us with his devotion and enthusiasm for each role he takes on. After Soorarai Pottru, Jai Bhim is likely to be another surprise package for the audience. 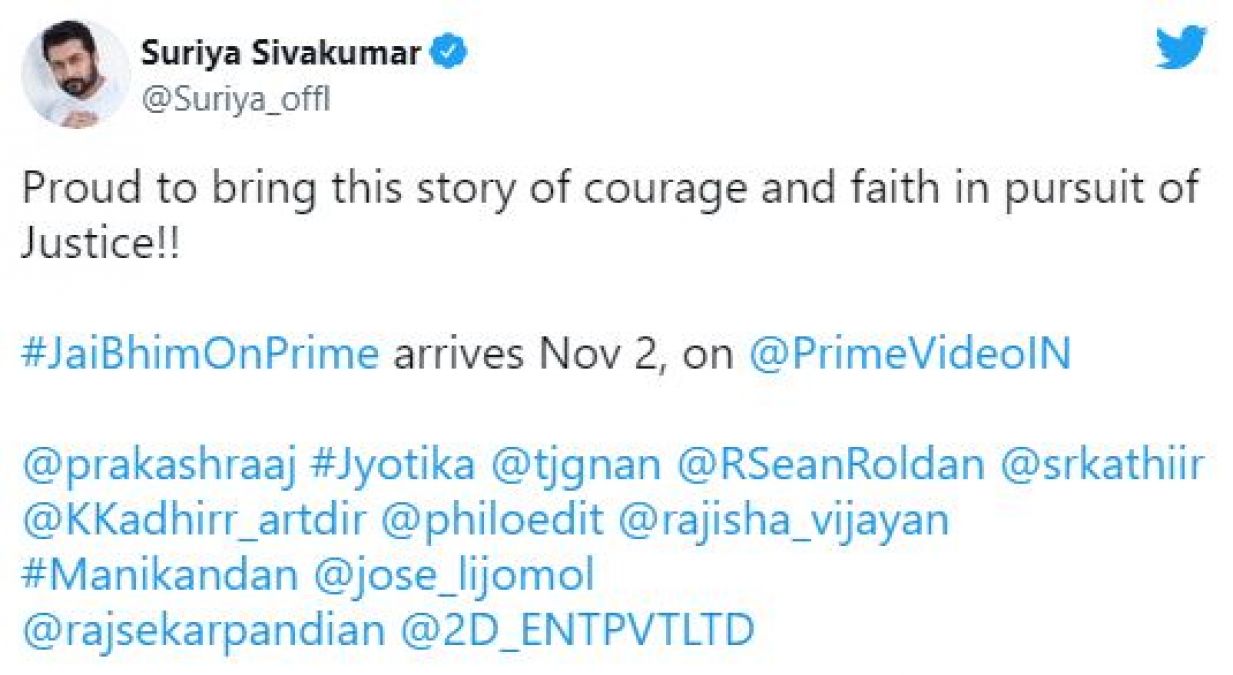 The film Jai Bhim tells the story of Senggeni and Rajakannu, a tribal couple. Rajakannu is apprehended and then vanishes, leaving no trace. Senggeni seeks the assistance of a lawyer named Chandru, which is played by Suriya.

He leaves no stone unturned in his quest for truth and justice for the state's impoverished tribal women. This Diwali, Amazon Prime Video will release Jai Bhim in Tamil and Telugu on November 2nd, 2021.

Allu Arjun's 'Pushpa' gets release date, will hit the theatre on Dec 17