Alok Saxena, Union Ministry of Health and Family Welfare`s Joint Secretary, in his observation, in the recent NACO report, said evidence has emerged globally that HIV-infected people are more at Covid-19 death risk as compared to HIV-negative patients. "The challenges for the National AIDS Control Programme have multiplied with the Covid-19 pandemic," Saxena added in the NACO report. Another concern, the trend of Intravenous Drug Users (IDU) is rising at a high speed among the youth between 15 and 20 years in several north-eastern states, especially in Tripura, Mizoram, Manipur and Nagaland.

"Sharing of a common syringe by injecting drug users is a key reason for Mizoram becoming one of the leading states of HIV/AIDS prevalent in India, registering an average of five to six HIV positive cases a day," an Excise and Narcotics Department official told. Mizoram with 2.04 per cent and the HIV prevalence rates of two other north-eastern states Manipur and Nagaland, are 1.43 per cent and 1.15 per cent per one million people, respectively.

Things To Raise Awareness About HIV On World AIDS Day

Every 100 seconds one child or youth U20 catches HIV infection, UNICEF 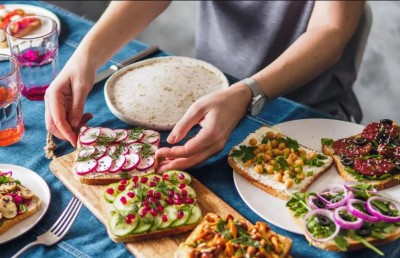