A statement by the Russian Ministry of Industry and Trade said a potential buyer could be either a Russian company or a firm from a “friendly” country. In a statement to information group Interfax, the organisation said it was “monitoring the situation on the consumer market” with a particular focus on foreign companies.

It added: “H&M has decided to put its business in Russia up for sale. Please note the buyer could possibly end up not being from Russia, as players from friendly countries could also be considered for the opportunity to enter the market.”

The organisation continued to outline that the government was ready to discuss the sale with foreign companies and support investors that are looking to acquire the assets of companies leaving the market.

Russian publication Kommersant also reported on the news stating that the group, which owns Cos, Monki and & Other Stories, among others, has additionally put up for sale the leasehold rights to around 170 stores throughout the country, as well as stocks of goods estimated to be worth 210 million dollars.

At the beginning of July, H&M announced it would be “winding down” its operations in Russia, citing at the time “operational challenges and an unpredictable future”. During this period it said it would be temporarily opening its stores in order to sell its remaining inventory while implementing a “responsible” winding down process and supporting its Russian employees. 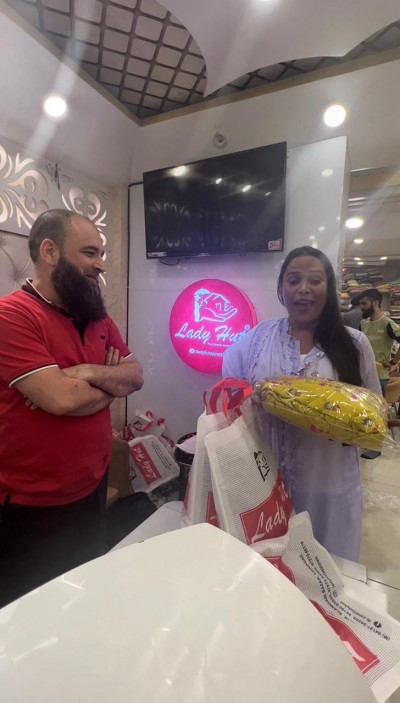 Navratri: Nine colors of Navratri with their significance

Benefits of applying ice cubes to your face Richa Chadha will be wearing unique Jewelry for her dreamy wedding Ways to increase the growth of your Nails

Tips to Make Your Lipstick Last the Whole Day