As soon as the train to the theatres was getting back on track, it was as if the covid infection in the country had started to expand again and its impact was reappearing in theatres. In many cities theatres are open with only 50% population permission, so somewhere has been shut down altogether. The release of many movies has been postponed again, but you may not be bothered, because even if you are still deprived of watching movies in theatres, you are not going to miss entertainment on OTT. We tell you the list of movies and series that you are also waiting for this year on the famous OTT platform Netflix. Let's see which are those films or series...

Locke & Key (Season 3): Based on the book Lock and Key, Netflix's series Lock and Key is said to be one of Netflix's most talked about series. The series is going to show three children who come to the ancestral house with their mother after the father is killed and start playing magical keys. Hopefully you will also love the release of this film.

The Umbrella Academy (Season 3):Season 2 of 'The Umbrella Academy' ended with a twist that viewers are now eagerly waiting for its third season, which is scheduled to be released this year. Apart from this, some new movies like The Woman in the House Across the Street from the Girl in the Window, Vikings: Valhalla, The Sandman, The Witcher: Blood Origin are also set to be released on Netflix this year.

Day6 ex member Jay Park made abusive remarks for this singer, then apologized in this way. 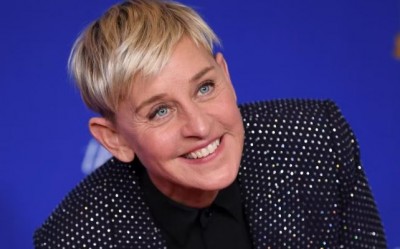