Beijing: Sam Bankman-Fried was living the high life in Hong Kong ten days before his demise in the collapse of the world's second largest cryptocurrency exchange.

The 30-year-old founder of FTX, which was then valued at $32 billion, spoke via video from the Bahamas and "how new technologies are supporting financial inclusion" to a crowd of financial regulators waiting in line in Hong Kong in 2022. Explained in detail. Fintech Week to hear how disruptive technology can improve society.

The company's biggest asset was FTT, its own token, according to a CoinDesk report on the stolen FTX balance sheet, which was published two days after a 35-minute interview with SBF, as Bankman-Fried told the cryptocurrency community. is known in

This started a chain of events that resulted in FTX going under, exposing alleged fraud and poor management, and leading to bankruptcy on November 11—one of the fastest corporate collapses in history.

Also Read: Tencent and ByteDance's Moonton have been assigned a court date for the latest infringement battle.

Several international venture capital funds, including SoftBank, Sequoia Capital and the Ontario Teachers' Pension Plan, closed their investments in the exchange as liquidators sorted through the wreckage of FTX. Singapore's sovereign wealth fund Temasek lost its biggest bet with a write-off of US$275 million.

Hong Kong seems to have escaped this situation so far. Speaking to the South China Morning Post, local investors claimed they were either scammed or missed out on the opportunity to invest in FTX and the company's affiliated derivatives trading firm, Alameda Research. According to the Securities and Futures Commission (SFC), Hong Kong's exposure to FTX was previously considered "immaterial".

While they acknowledge that Hong Kong's open economy and convertible currency make crypto enthusiasts vulnerable to fraud and misappropriation, regulators feel compelled to put up some guard rails to protect local investors.

Paul Chan Mo-po, Financial Secretary, reaffirmed Hong Kong's Fintech Week commitment to creating a market for digital assets that is appropriately regulated. That same week, the SFC announced it would launch a public consultation for local retail investors to engage in virtual assets.

According to Richard Douglas, CEO of Saxo Markets in Hong Kong, “the FTX debacle points to why Hong Kong regulators need to bring virtual asset trading back to a well-regulated market for investors.” ,

The Securities and Futures Ordinance is a well-structured regulatory framework, [with] very detailed and specific guidelines on how customer money and customer securities should be treated, which all licensed entities have to adhere to, and is designed to prevent exactly this type of situation," said a Securities and Futures Association spokesman.

The crypto tokens traded by Alameda on FTX are not covered by the Ordinance, which regulates all financial instruments including bonds, equities and funds. Because of this, neither of the two businesses, which will remain based in Hong Kong until September 2021, was subject to SFC oversight.

As it joins other jurisdictions in probing the whereabouts of the exchange's funds, the remaining connections between FTX and Hong Kong now give regulators a chance to demonstrate their ability to control the wild-west crypto market.

The New York Times reported that former CEO Caroline Ellison had traveled from her new home in the Bahamas to Hong Kong at the time of Alameda's collapse. Several calls to his mobile phone went unanswered.

According to bankruptcy petitions filed in the US state of Delaware, FTX owes money to an estimated 1 million creditors, investors and employees.

Even though some products on the FTX website were off-limits to non-professional investors, around 3% of clients were from Hong Kong. According to the filing, 8% of FTX's customers were from mainland China, which is set to completely ban crypto mining in 2021.

Because of this, some believe that better regulation is possible in Hong Kong. The SBF once advocated this in Washington; Changpeng Zhao, a rival and founder of Binance, has since taken up the cause. Zhao Changpeng also contributed to the downfall of FTX when he revealed his company's plans to sell off FTT Holdings.

Some local investors are breathing a sigh of relief that they didn't accept FTX's advances as regulators consider their next course of action.

Ramnik Arora, head of product at SBF and FTX, met with potential investors multiple times in May 2021 with a target of raising $500 million, valuing the business at $20 billion.

FTX was performing "exceptionally well" at the time, according to an email from Arora, a former Facebook research scientist working on the Libra stablecoin project. Last week was "cray cray" (sic) for the cryptocurrency market but great for FTX."

Jehan Chu, founder of Kenetic Capital, invested in FTX as a seed investor, raising $8 million in August 2019, according to Crunchbase data.

Chu said that even though significant amounts of personal money were lost on FTX, there was no direct exposure to Keenetic as the company had already sold its initial investment in FTT tokens.

Only New Huo Technology, formerly known as Huobi Technology, provided a public estimate of its losses from FTX among Hong Kong investors, putting it at US$18.1 million deposited with the exchange.
Back in 2019, the US and UK consulates were close, and FTX and Alameda had offices at Pacific Place in Admiralty.

The only sign of a physical presence in Hong Kong today is the Wan Chai, Lockhart Road address of Cottonwood Grove Limited, which is a division of Alameda's British Virgin Islands entity and was registered in 2018.

The workplace seemed empty. Even the lights in the hallway were not turned on. Despite not being listed in the building's directory, a real estate agent said the floor was still occupied.

Another related company, FTX Hong Kong Limited, was registered on 22 September. Its Sheung Wan neighborhood address is the same as that of corporate services company Fastlane Consulting.

Ellison, who left his position as CEO of Alameda this month, has maintained closer ties to Hong Kong than the SBF. Prior to the deletion of her LinkedIn profile, Alison was featured in the background of her profile picture with the city's green hills and tall apartment buildings.

She moved to Nassau, the capital of the Bahamas, last year, where she lived in a $30 million penthouse with nine other senior FTX employees, including SBF, with whom she had on occasion had a romantic relationship, according to media reports.

Ellison was also involved in the loosely organized rationalist community in Hong Kong. This group is interested in statistics-based decision making, which is related to effective altruism, the philosophical principle that guided Ellison and the SBF to maximize profit so that they could donate to the causes they thought would matter most. Number of people will be benefited.

According to a participant who did not wish to be identified, Ellison went to a meeting in September 2021 for subscribers to the newsletter Astral Codex Ten (ACX), which replaced the Slate Star Codex, a well-known rationalist blog written by psychotherapist Scott Alexander Siskind. According to the source, Alison skipped the ACX Hong Kong meet-up this year.

Also Read: A New Update for Nothing Phone 1 Will Arrive in November 2022

According to Twilio's caller identification data, Ellison's US phone number was registered by his mother Sarah Ellison, an economist at the Massachusetts Institute of Technology. Calls to the number went to the voice mail of Alameda's former CEO.

The fact that FTX moved to the Bahamas in 2019 has been blamed on Hong Kong's once more stringent regulations regarding cryptocurrencies, which sent the region to Singapore, the United Arab Emirates and the Bahamas.

According to some analysts, this now appears to be a blessing in disguise, validating Hong Kong's cautious approach. Just before the demise of FTX, Hong Kong regulators held talks to set the foundation for a regulated crypto exchange to reclaim its status as Asia's hub for digital assets, according to multiple people with knowledge of the situation. Was doing.

In a conversation with the Hong Kong Association of Banks on 25 November, Financial Secretary Chan said that "we believe [virtual assets], crypto, are the unstoppable new financial innovation," adding that the failure of some exchanges is raising concerns. . "We must accept them.

Therefore, we outlined our goals for [virtual assets] to make it possible for this industry to grow slowly and sustainably in Hong Kong.

More details about the outcome could be made public as FTX's bankruptcy proceedings get underway, potentially claiming more details than the city's currently unfinished cryptocurrency exchange plan. 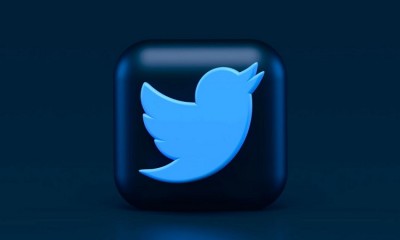