The trailer of House of Gucci finally drops out! Fan eagerly waiting for the crime drama considering numerous set photos had already revealed the glamorous looks of the lead cast. The cast includes the best actors in the industry, Lady Gaga and Adam Driver.

The Ridley Scott film has now released its first trailer. It's Gucci, so no regular crime drama is considering it comes hand in hand with glamour. While Adam Driver looks stunning sleek and dapper in the trailer. In this short epic slip he takes on the role of fashion trailblazer Maurizio Gucci, it's certainly Lady Gaga's act as his wife Patrizia Reggiani that will surprise you.

For the unreversed, the film follows the real-life story of Maurizio's wife, who was convicted of orchestrating her husband's murder after he had an affair. She is known to have spent 18 years in prison after getting convicted for the crime. The film takes off with an impressive voiceover of Gaga talking about Gucci. She says, "It was a name that sounded so sweet, so seductive, synonymous with worth, style, power, but that name was a curse, too."

The crime drama House of Gucci also stars Jeremy Irons and Salma Hayek. The Ridley Scott directorial is set to release on November 24, 2021.

Who will be successor of Tata Sons? Ratan Tata gives blunt reply Jason Momoa-starrer 'Dune' to release in India on This Date Willie Garson, 'Sex and the City, Star passes away at 57 Netflix will air a documentary on Britney Spears' conservatorship 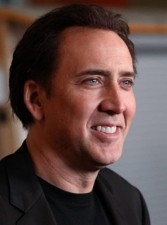 'Sex and the City' first look revealed, Soon To Release On This Date