Houthi officials have been charged with mistreating and excluding "critically ill" journalists. Yemen: In a new urgent appeal to human rights organizations and international mediators to persuade militias to release their son, the family of a Yemeni journalist held captive by the Iran-backed Houthis has accused Houthi authorities of thrashing and torturing their son. and accused of imprisoning.

Abdullah al-Mansouri, brother of Tawfiq al-Mansouri, who was abducted by the Houthis in 2015, told Arab News that Abdulkader al-Murtada, head of the Houthi prisoner exchange committee, his brother Shehab al-Murtada, head of the Central Security Prison, and his deputy Murad Kasem personally abused his brother by hitting him on the head, causing him to bleed

Abdullah said that instead of receiving treatment for chronic conditions he had developed during his captivity, he was tortured. before locking them up in solitary confinement.

Four men who were part of a group of journalists were taken by the Houthis from a hotel in Sanaa in 2015 and were later found guilty of espionage.

The Houthis repeatedly exaggerated the severity of their torture, which the families of the abducted journalists were unable to justify.

Lawyers and activists who previously spoke to Arab News believe the Houthis become enraged whenever the plight of detainees is brought to public attention, citing the case of imprisoned model Antesar al-Hammadi.

Abdullah said, "I also question why the Houthis abuse Tawfiq and other journalists on the spot. Even if we don't talk to the media, they will suffer torture. This shows the level of savagery displayed by the Houthis." Is."

The condition of the four journalists has worsened, and the Yemeni government has formally written to the UN's Yemen envoy, Hans Grunberg, asking him to intervene and put pressure on the Houthis to release them.

Hadi al-Haj, head of the Yemeni government delegation in charge of negotiating the prisoner exchange, set up a committee to help ensure the release of journalists from the enclave, end the ongoing abuse of detainees by the Houthis, monitor requested to do. in such abuses, and allows after-hours visits from relatives of those held in Houthi prisons.

According to Yemen's Information Minister Muammar al-Ariyani, the three Houthi leaders abused the four journalists, broke Tawfiq's skull and imprisoned him in solitary confinement for 45 days.

Human rights organizations, the United Nations, UN envoys, and the international community should condemn these criminal actions, put real pressure on the Houthi militias to release the journalists who were forcibly abducted from their detention facilities, and Their leaders were declared terrorists.

Houthi militia leader al-Murtada called for the creation of an international commission to investigate human rights abuses in Yemen, as well as denying abuse of detainees and alleging widespread and covert torture in the militia's rival prisons .

Al-Murtada claimed on Twitter that the mercenaries' claim that some of our detainees have been assaulted and abused is pure slander to hide the atrocities committed against prisoners inside their facilities. Is.

According to local rights organizations and media reports, a former Houthi prison inmate who was released as part of a significant prisoner exchange in 2020 died as a result of complications from illnesses he suffered while in captivity.

Also Read:  Madras High Court: there are no reservation for those who convert to another religion

Sadiq Abdul Jalel al-Batra died on Friday due to illness after years of torture in a Houthi prison in Taiz province. The Miraculous Shankh of Mahadev, the interesting story behind its Great Significance 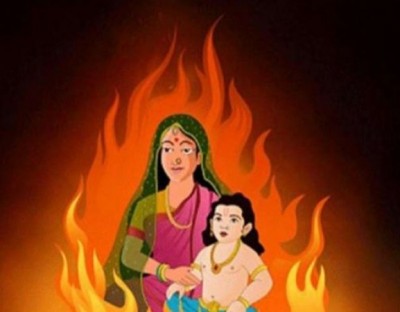