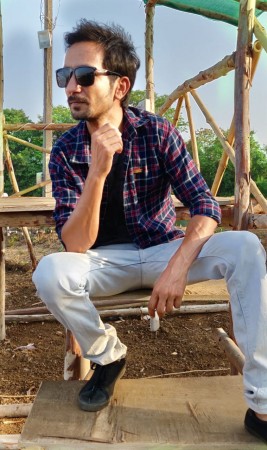 This is the story of Shahid Alvi, the renowned entertainer and YouTuber who found exceptional sucesss while following his passion.  "Stop chasing the money and start chasing the passion." Born to a relatively lower middle-class family  in Kanpur, Uttar Pradesh, the child of a furniture store owner had an overarching interest in acting since his school days, often found mimicking his friends and teachers, who might have thought that this talent would turn his life upside down and make him an enchanting entertainer for life.

In the humdrum of doing something that fetches his family a decent standard of living, Shahid completed his graduation in BBA and post graduation in MBA, since he had a knack for running business operations. But his life had never been rosy, Shahid got the biggest shock of his life when his father left him post a cardiac arrest, his world was shattered but he had to be the strength for his family, he took over his fathers business and also launched his own business in the meantime.

But destiny had different plans for him, his love for acting made him to begin his YouTube channel, from where he uploaded the very first video of his called 'Mawali friends', since it was his first video, his friends saw it and asked him to stop making content that had cuss words in it. This got him thinking but the organic actor in him didn't want to give up, after a month, he made a video on the concept of corruption and ranting about the Nagarpalika or municipal corporation which crashed the web.

Netizens were not only loving the timing of the dialogue, 'Arey, bhai, bhai, bhai' but were impressed by the character of Shahid Alvi and the concept of the 18-second long video on YouTube. The remaining job was done by the social media meme pages and creators, in a small period of time, the reach of his YouTube channel grew immensely. Millions of his followers were watching his videos and are still actively following him today post 3 years of the 'Nagarpalika' video. Such is the charm of the acting of Mr Shahid Alvi that he has broken boundaries with his content delivery and ideas.