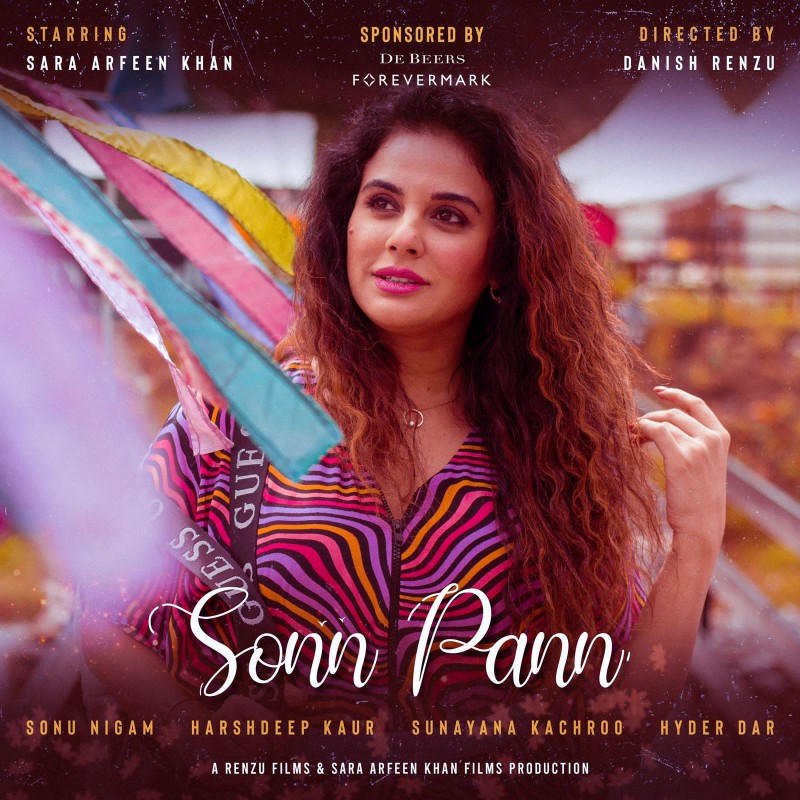 Hrithik Roshan took to his social media congratulating actress Sara Arfeen Khan on her recently released music video Sonn Pann which also happens to be her first project as a producer. Hrithik has been close friends with Sara and family since years posted an Instagram story saying, “Congratulations on your first production, so proud of you @saraarfeenkhan ”.

Here further said, “Here’s to finding our Golden lead! ” Released officially on Zee Music Company YouTube channel, Sonn Pann features Sara sizzling against the lush green locales of Kashmir amidst the flowing river, snow-clad mountains and clear sky. It is beautifully narrated by ace singer Sonu Nigam and is sung by Harshdeep Kaur. The music video has been directed by Danish Renzu and the beautiful lyrics are penned by Sunayana Kachroo.

The track has been creating wonders ever since the release. It has garnered four lakh plus view already. Sara who has co-produced the video along with Danish, has been getting immense love and appreciation from industry friends and family. Go checkout the song if you haven’t already!

Lara Dutta's dating app profile sends netizens into a tizzy; fans in a frenzy are whipping up their own speculation theories