Huawei Nova 7i launched, will get 4200 mAh battery Huawei Nova 7i has been launched in Malaysia. This smartphone is said to be a rebranded variant of the Nova 6 SE launched in China. Talking about the features of the phone, it has been introduced with 48-megapixel primary camera, quad rear camera, EMUI 10 custom skin based on Android 10. The information about whether it will be launched in India or not has not been made available at the moment. Learn about the price of Huawei Nova 7i and feature.

Huawei Nova 7i Price
This phone has been listed on the company's official website. Currently, its price has not been stated here. It is believed that its price in Malaysia can be 1099 Malaysian Ringgit i.e. around 18,900 rupees.

Huawei Nova 7i features
This phone works on EMUI 10 based on Android 10. It has a 6.4-inch full-HD + display, whose pixel resolution is 1080x2310 pixels. Its aspect ratio is 19: 9. This phone is equipped with Haisilicon Kirin 810 processor and 8 GB RAM. Mali G52 GPU has been given in it. 128 GB internal storage is also provided in the phone. There will also be an in-display fingerprint sensor. To give power to the phone, a 4200 mAh battery has been provided, which supports 40W fast charging. The quad rear camera has been made available on the phone. Its primary sensor is 48 megapixels, which has an aperture f / 1.8. At the same time, the second is 8 megapixels, the third is 2 megapixels and the fourth is 2 megapixels. Apart from this, there is a 16-megapixel sensor in the front camera, which has an aperture f / 2.0. For connectivity, features such as 4G LTE, Wi-Fi 802.11 AC, Bluetooth 5.0, GPS / A-GPS and USB Type-C port have been provided. Apart from this, accelerometer, ambient light, magnetometer and proximity sensor are also given on the phone.

Paytm offers many products with QR, these are the facilities for merchants 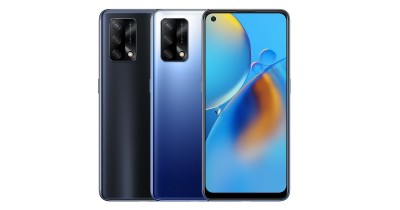 Launch of Oppo A16 scheduled for later in this month; here are the details Know how to activate Jio eSIM on Samsung smartphones

iPhone 12, iPhone 12 Pro audio problem to be fixed for free

JioPhone Next to be available from Sept 10, pre-booking likely to start on...'