Hyderabad: Five-hour traffic 'bandh' on Sunday is not good: TADJAC 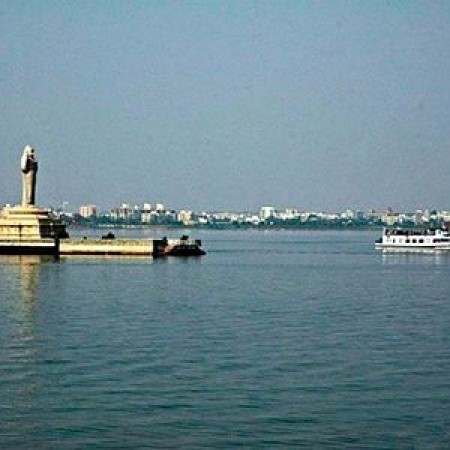 Hyderabad: Telangana Auto Drivers' Joint Action Committee (TADJAC) convener Mohd Amanullah Khan urged the government to formulate short-term and long-term measures on priority to tackle the deteriorating traffic situation in the city and rising pollution in the city. He said, 'Shut down' evening traffic for five hours every Sunday at Tank Dam is not good for anything decision

The committee also sought a ban on private cars carrying less than three people and, if necessary, the implementation of the odd-even formula to reduce traffic jams. In addition, it wants to ban new diesel-powered cars and cabs as well as their conversion to electric vehicles to control pollution in the city. Khan clarified that the mileage per liter of auto rickshaws is decreasing due to frequent traffic jams on city roads. He demanded traffic jam-free roads in both the cities and immediate action on the demand.

Meanwhile, Hyderabad City Police Commissioner Anjani Kumar also visited Hussainsagar Lake on Sunday, while talking to the media, he said, "Telangana government has spent crores of rupees on beautification of the tank dam. In the end, it is nearing completion. is in process. As it was the first day of traffic restrictions on the section of the lake, we ensured that all people passing through the lake road make diversions as notified by the traffic police.On Sunday evenings only, pedestrians will be allowed to travel to foreign countries. like waterfront area.It really gives a good opportunity for individuals and families to connect with nature and enjoy the beautification of the lake.However,if there is any initial difficulties in traffic management we will accordingly and ensure that motorists and pedestrians do not suffer."