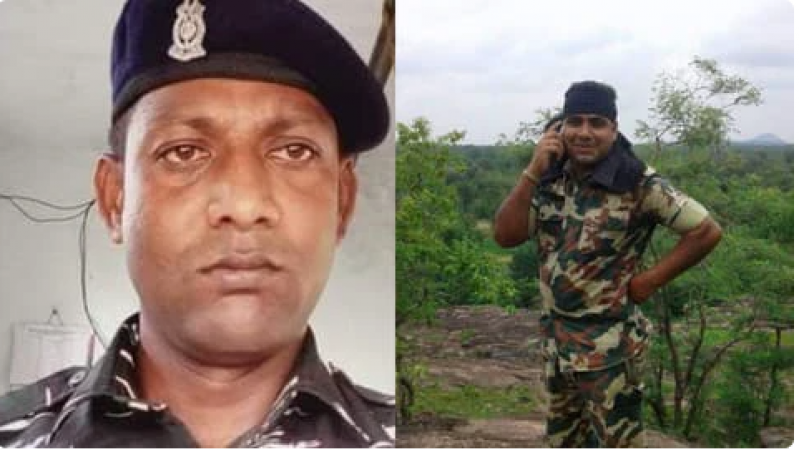 Raipur: Ritesh Ranjan, accused of a bloody clash between the soldiers in the CRPF camp located in Sukma, Chhattisgarh and accused of killing four of his accomplices in the firing on last Monday, is a resident of Vaina village of Ghosi police station area of ​​Jehanabad district. All the people living here were shocked when the incident came to the notice.

When the media team reached Bana village and started enquiring about him and family of the soilder, many people refused to say anything. Villagers have said without reveling identity that Ritesh Ranjan was posted at Sukma in Chhattisgarh State. Ritesh Ranjan's father is yet to know about it. The rest of his family members also expressed ignorance of the incident. His wife who is currently living in Kaswan village of Jehanabad district has know about the incident but  but she refused to say anything, while contacting over phone.

Ritesh Ranjan was recruited as constable in CRPF in 2011. He did not contribute to the post for a long time after returning from leave. According to villagers, he got married in Kaswan village in 2012-13. He has not come home for the last six months.

Brown sugar worth Rs 1 crore was seized in Balasore, Odisha

After a scuffle in this district of Rajasthan, the father and son were put to death by criminals.